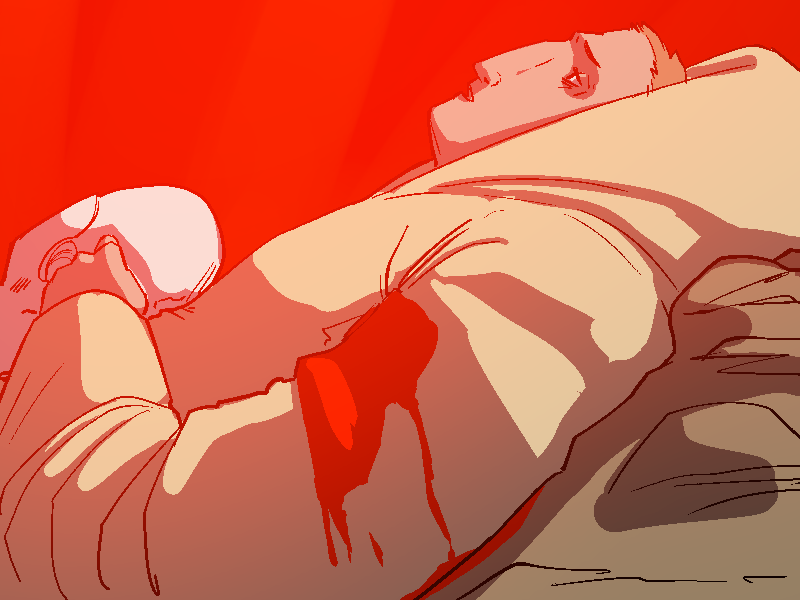 Gregor lays back into the dust. He should get up, he should find something to stop the bleeding, but he doesn't.

He looks up again to the Lady. She is much further away now, even only a few moments later.

He strokes the ridges on the skull again. "It will be OK," he whispers. He isn't sure he believes it anymore, but he says it anyway, for Piotyr's sake, for the thousandth time. "She'll fix things, you'll see."

Above him, the botfly climbs and the fire follows close behind.