Primary Temporal Position: 2360
Reset Temporal Position
He tries to move, to cry out, to raise a hand and beg her to stop - to wait - but as he moves, the bones in his hand grind together like snapped twigs and he finds himself gasping and breathless and fighting to stay conscious and not throw up.

Above him, the botfly climbs on, unconcerned.

In a vague detached kind of way, he realizes that the impact of the fall has broken open the already badly strained stitches in his shoulder.

When he can breathe again, and the nausea has retreated a little, he blinks and realizes two of his children are there. 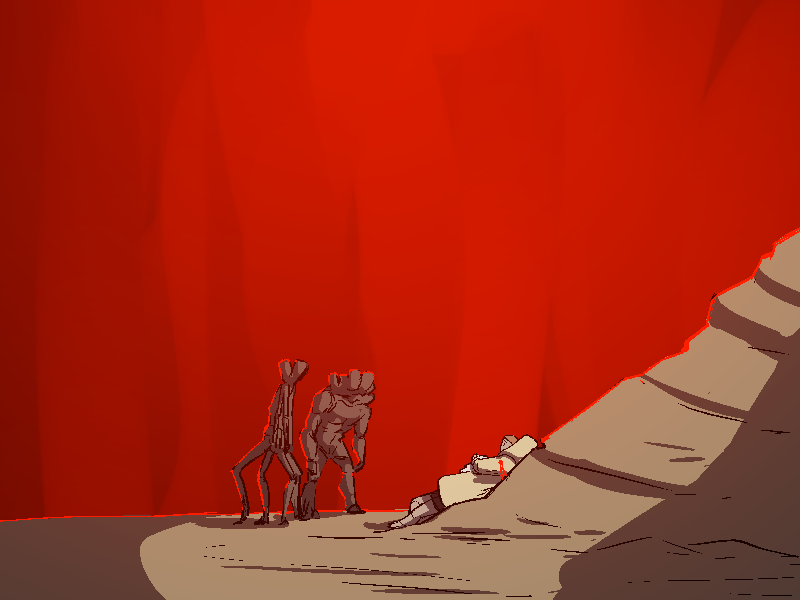 He is not sure where they came from. He is not sure how long he has spent looking upwards, watching her dwindle into the distance.

He thinks it was probably a long time.

At first he hopes, believes, that they are the answer to his prayer - but they are not.

Maybe they fell. Maybe they were already here, waiting for him.