"Your thing?" asks Bina, who is very tired.

"My um… power," says Amie, despite that being a very embarrassing thing to say.

Amie furrows her brow, thinking. Bina waits and tries not to fidget with the lego, uncomfortably aware that the grainy gritty floor of the factory is beginning to soften, as though the stones and gravel were becoming threadbare, like sagging muslin. 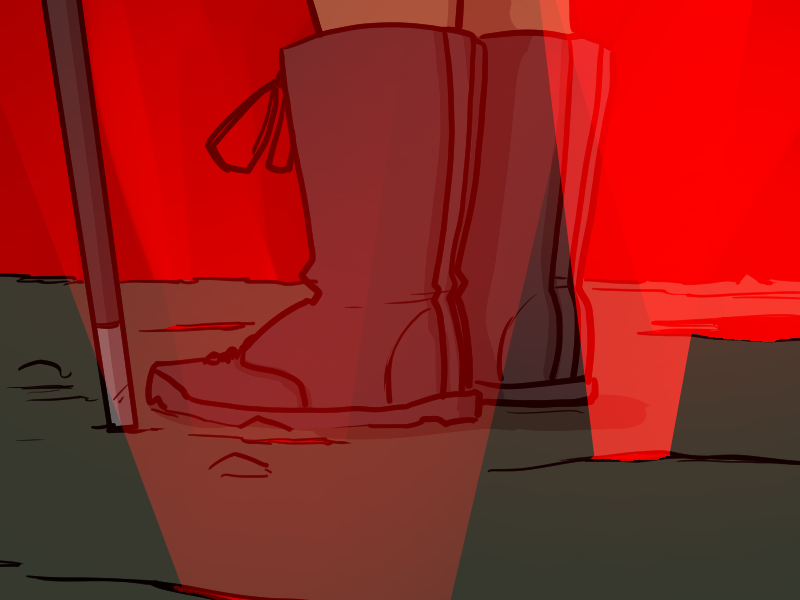 "Take your time," says Bina, trying not to think about the fact that there is nothing beneath them but void and monster.

"No rush," says Bina, projecting a confidence that is maybe not justified at this point. "We have all the time in the world…"