The enormous purple dinosaur, who hadn't moved from before, rumbles shyly, as though hesitant to interrupt. 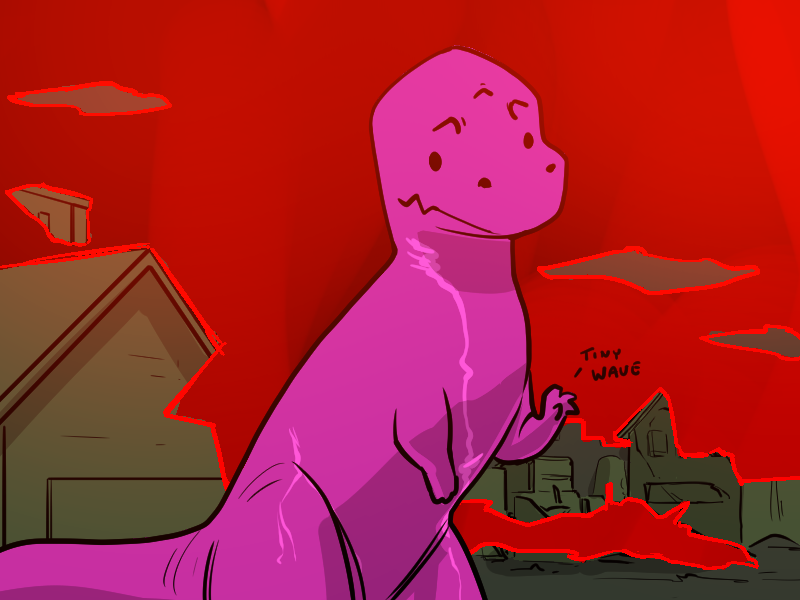 "I'm not leaving Buddy behind either!" says Amie, in a tone of voice that says she's not willing to hear arguments on this.

"All right," says Bina, looking down at the little piece of lego with a degree of skepticism. "It's just probably getting a little cramped in there…"