"Will you. All. Shut up!" says Gregor probably waving the gun around.

"Oh hush," says Bina, not even looking at him. "I'm getting to you." She looks Amie up and down. "Are you OK?" She looks mostly intact to Bina, but she's learned a lot about concealing injuries recently, so isn't entirely sure.

"Are you OK?" asks Bina, looking at Buddy. 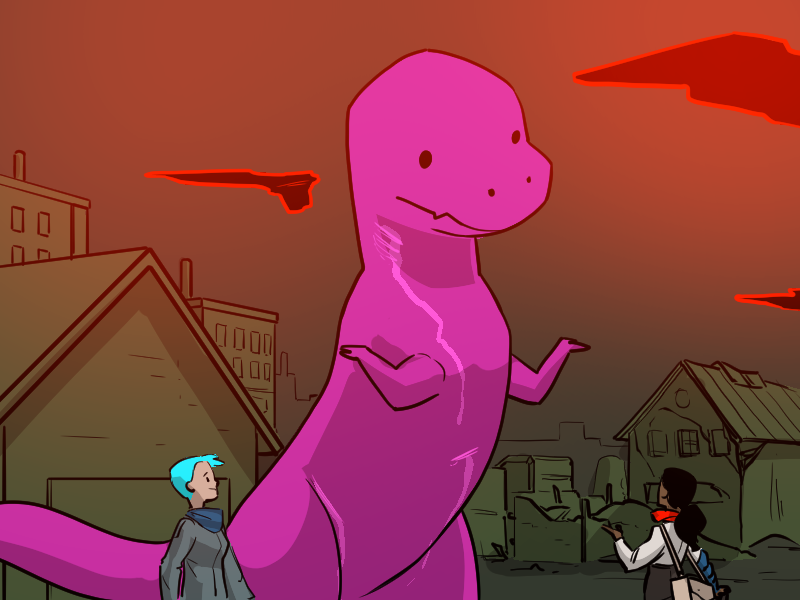 "You in immediate danger?"

"All right, well, we'll… knock over a gauze factory or something to stop that bleeding in a sec," says Bina, turning to Gregor. "Now for you."

Is this my favorite image in the entire comic? Don't know, but it's up there.