Gregor and Amie are there, and Gregor has a gun, but the hound and the dinosaur are just… watching.

Did they stop fighting for some reason?

Then she realizes what must have happened. The Hound is stuck, unable to move. She's not trapped, she's half formed, like she'd been back at the hospital when Gregor had tried to call her from the mud and had stopped half way.

This time, it doesn't look like a lack of attention, instead… there's just not enough mud. She's stuck, half way assembled, still dangerous, but unable to move. Gregor must have tried to call her from the mud again… and run out of materials. 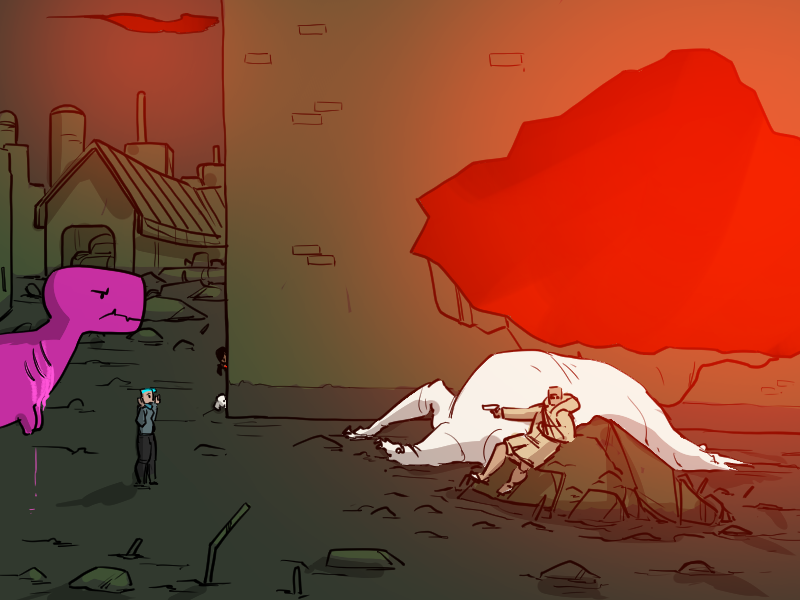 A clear advantage to Amie and her dinosaur… if it weren't for the gun.