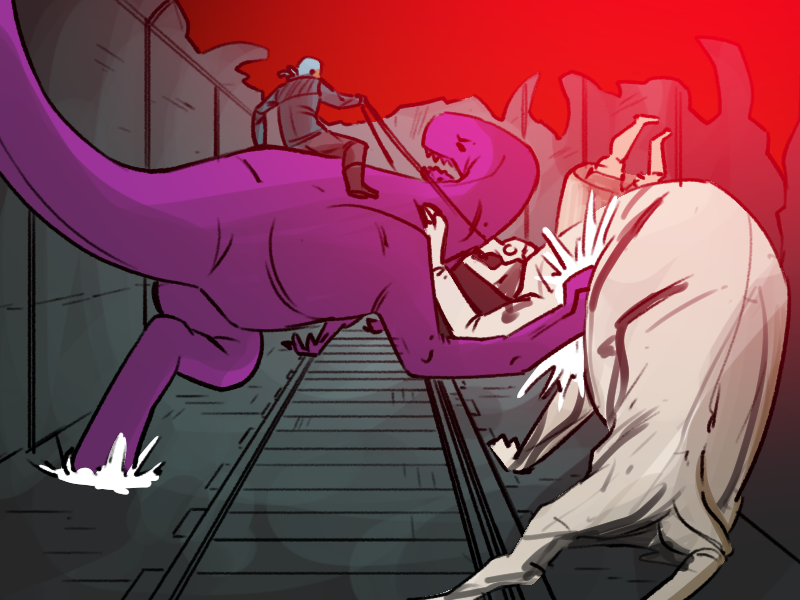 It's the kind of hit that would have killed pretty much anything else on four legs, but Piotyr is what she is, and what she is includes being unfairly fast. Rather than being pinned against the side of the tunnel she manages to get one of her strong front legs up between herself and the dinosaur and with a shove, she throws the enormous prehistoric beast away from her.

Buddy and Amie crash into the opposite wall with teeth rattling force and the Hound is away, hauling her seeping body down the tunnel, her body making a sharp slithering noise as she hauls herself across the gravel.

Gregor, on her back, makes no sound. Amie isn't even sure if he's still alive.