Careful not to shine the concentrated beam anywhere near Kendra, Bina quickly looks around. It looks from here, like they're pretty close to the main pile of former laundromat.

Bina tries to remember if there has been one of those muddy waves in several minutes. Maybe all the big stuff has already fallen in. The pile might have stopped shifting. 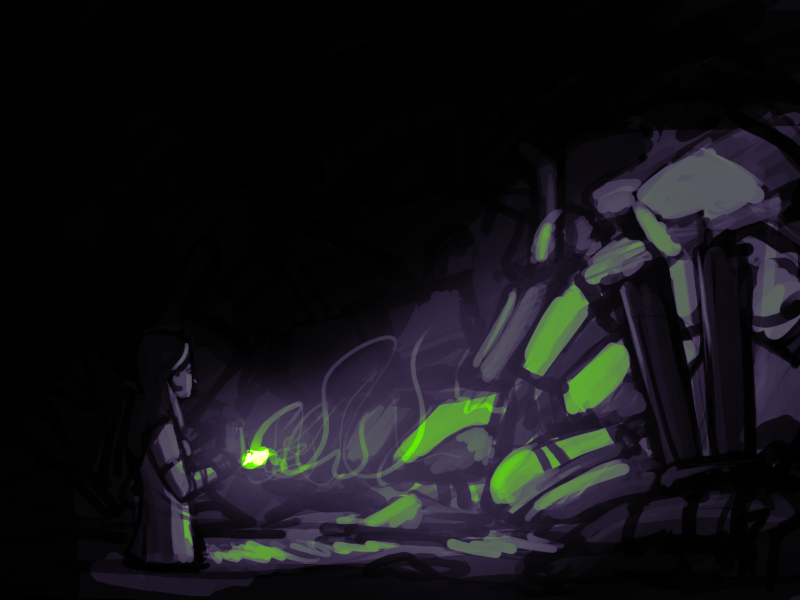 Bina doesn't think so. She knows something about buildings. They were what her Dad did. She picked things up in bits and pieces, not so much learning, as absorbing information by osmosis.

What she knows about buildings is how they're made, and how much of a pain putting them together can be, not what happens when they fall down.

But still… are they safe? She doesn't think so. This lot lot looks pretty dangerous. 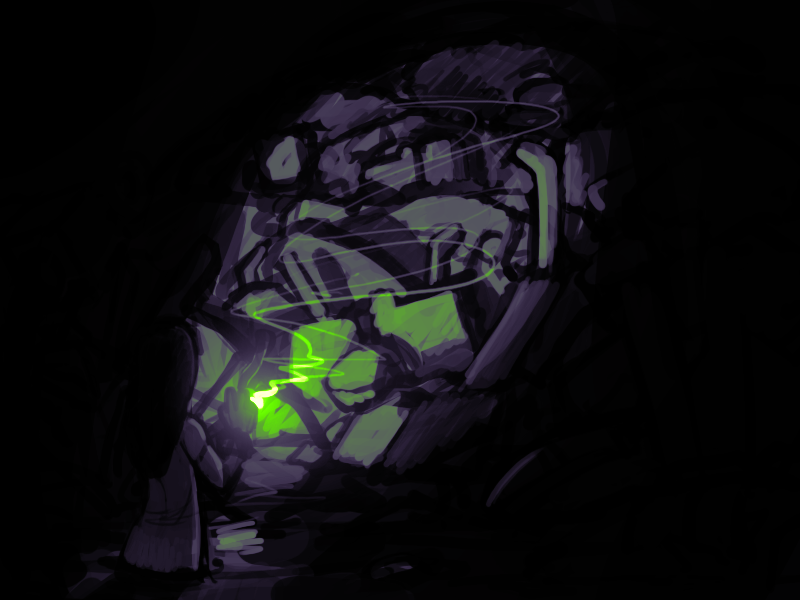 Kendra is sitting about two feet from what is probably over ten thousand pounds of stacked junk. That stacked junk has MORE stacked junk just behind it. If any of it breaks, or moves, or bends in the wrong place, the whole muddy pile is going to shift like a lot of complicated dominoes. When it does that, it would be a good idea to be somewhere else, because anything in front of all that junk is going to get rubbled to death pretty quickly.

Even if you didn't get crushed by something heavy, you'd be cut to ribbons by all the jagged bits of metal and wood.

They should go further down the tunnel. Bina doesn't know how long the tunnel is, or where it goes, but getting as far away from all these sharp and heavy things seems like to be the best plan.

tegerioreo:
Tell her the whole story about the TV and the worm and the time travel, and get every word right. She will just think you're babbling nonsensically and interpret it to satisfy her own assumptions.

But she owes Kendra an explanation and Bina is pretty sure that the other woman isn't going to wait much longer before she stops asking and starts demanding some answers.

She could maybe hope that the junk is stable for a few minutes, long enough to get Kendra a little up to speed on the whole bizarre situation. It's been stable enough around here since she woke up, so it might be fine. Alternatively, she could try to convince the other woman to go immediately, and try to explain on the way. Bina's not sure she'd go for that.

Yep. Back when she was [post=7299814]talking to Josephine[/post], she formally introduced herself. Her last name is Miryala.