The conflict had dragged them away from the laundromat, away from the hole, the force and speed of the two principal combatants making a joke of their initial plan to try to defend the tripod.

Emmie had been forced to stay with them, for fear of being picked off by Gregor and his gun, or grabbed by the six or seven naughts he had brought with him as backup.

They'd been fighting for less than a minute, but they were half way down the block already.

He stumbles, getting around the car, and drops the NotYet. He leaves it. Keeps running. 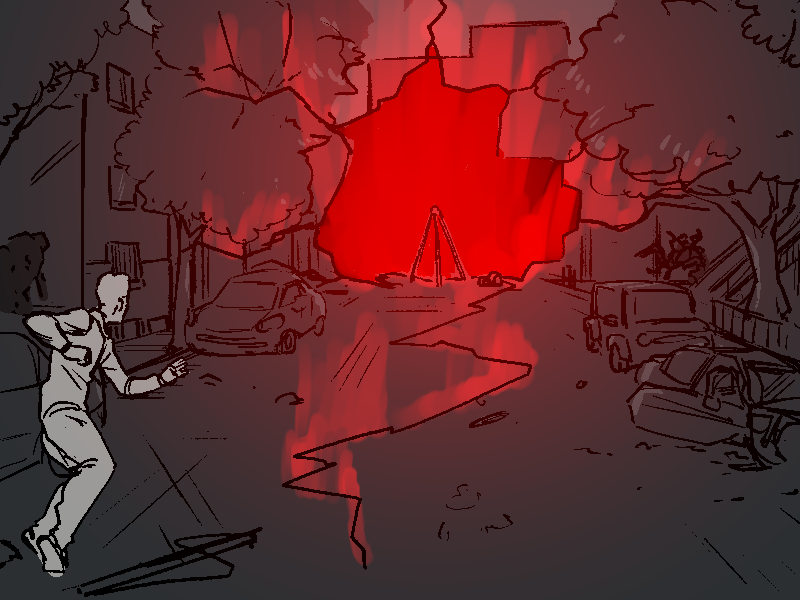 Too far, he thinks. Too far.