Primary Temporal Position: 2262
Reset Temporal Position
"Amie!" pants Emmie. "Amie - we can't, keep this up! He's going to be back in a second and the danged Not Yet is still charging! We have to -"

"Just don't let him shoot you!" yells Amie over the sound of several tons of extinct super-predator hitting something very hard.

"That's not -" begins Emmie, which is when he notices the glow. 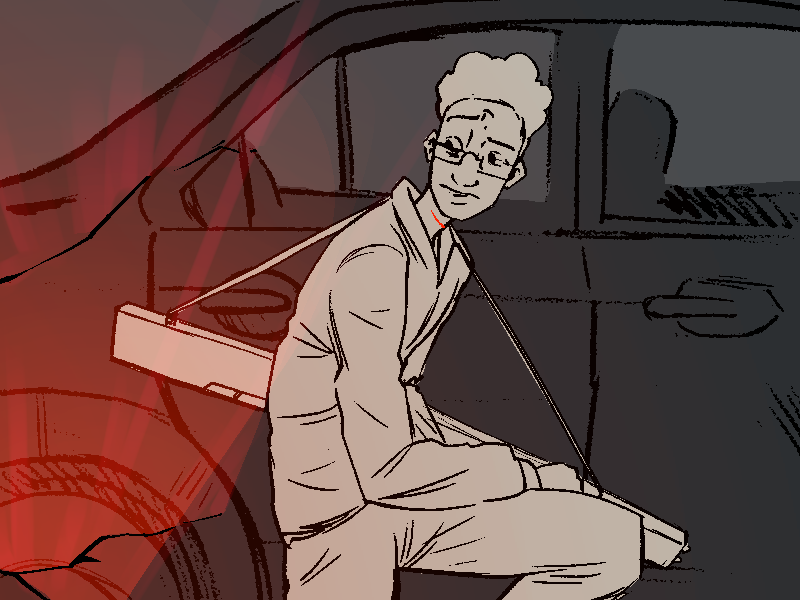 "Uh…" he says looking at the spreading cracks, because at first he has no idea what is going on. Then he hears something, over the sounds of Amie and the dinosaur making a glorious mess of what was probably a very fine ambush on the part of Gregor.

It's the sound of metal against metal, repeated and frantic.

It sounds almost as though someone were tugging a long length of rope attached to a pulley, and the pulley was smacking into a metal support over and over again with increasing desperation.