"Will you just give me a second," says Bina. 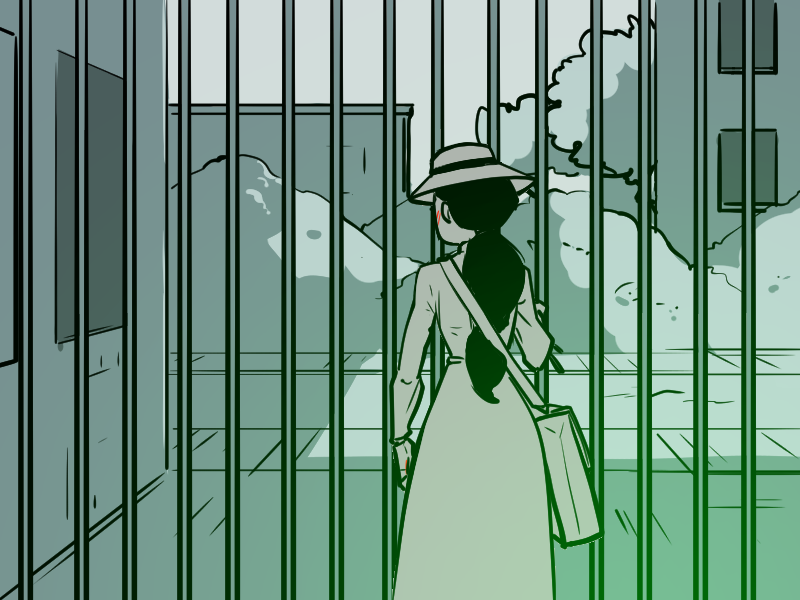 Josephine shuts up. Bina leans against the gate and doesn't cry.

She wasn't going to. This was supposed to be Kendra's job. They'd argued about that a bit, back when they were planning, but they'd agreed, finally, that it would be best if Bina was the one who looked.

Unless something went wrong.

Which, of course it did.

Of course it did.

"OK," says Bina again, and turns around. "You're going to have to come to me," she says. "My legs aren't doing so great right now."