Primary Temporal Position: 2220
Reset Temporal Position
He's good, Bina will give him that, as she watches Mr. Dubois first calm his wife, then focus the crowd. He does it easily, effortlessly, and with a touch of self depreciating humor.

Whatever unease or anxiety had been there in the crowd, from the unusual circumstances, and the moment of tension earlier, is smoothed away, as though their concerns were a rug that had been rumpled by the tread of many feed, and he were tugging it straight with short practiced movements until it all lay square and still.

By the time he'd reached the stage, the crowd was silent, concentrating on him. Bina squints at him, trying to figure out if this is something the Botfly has given him… but no. She feels none of the strange energy she felt from Amie, or the spark from Josephine, or the one or two moments when she's almost sure she felt something strange and vertiginous from Kendra.

This is not that. Nothing supernatural here. Just someone who is very good at something, putting on a show.

Bina looks around, surprised not to see her, until she looks back to the door, and finds she hasn't moved.

And Bina gets it then, how these two have made it work.

"We made good sugar at Astre Sucre," Josephine had said. "And we sold a lot of it."

How incredibly unlucky that the Botfly had managed to find these two.

"And as you can see, this is no trick," continues Mr. Dubois, from on the stage. "There are no wires leading to this stage, and no battery in the podium. Our attention is to be the battery, and our very gaze the wires."

He pauses. The crowd waits. Somewhere, something vast and distant begins to uncoil.

"Come on dear," he says, his voice, still loud enough to carry in the faint summer breeze, but pitched down, just or her. 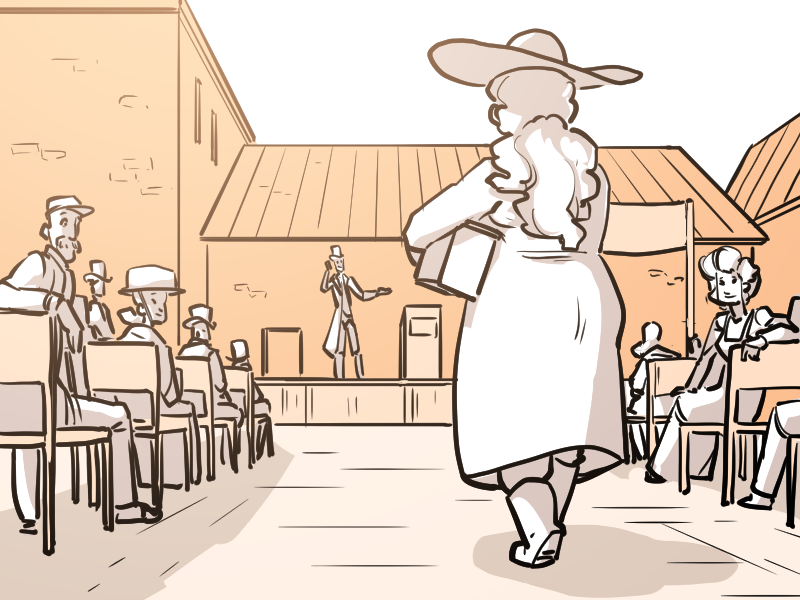