This does not go as planned. 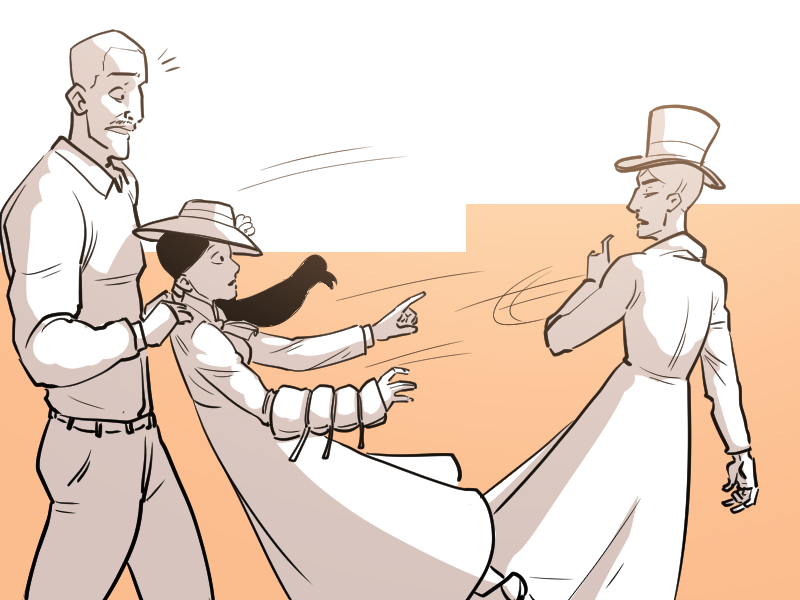 It takes Bina a few seconds to realize what's happened. Leo had pulled her away the second she reached for Dubois. "Umm-"

Leo talks over her. "Sorry sir! She slipped!"

Dubois glares at her for a few seconds, as though trying to make up his mind. Bina is fine with this, the longer he stands there being suspicious, the longer past-her has to get the heck out of that office.

The situation, of course, does not last forever. Just as he looks like he's made up his mind, the whole tableau is interrupted by a voice from the door to the office.

"Is there a problem dear?" asks Josephine.