Primary Temporal Position: 2216
Reset Temporal Position
Bina considers making a dash for it as Dubois turns his back on the two of them and walks out into the courtyard. It's not the risk of making a scene that stops her. Dubois probably wouldn't make a whole scene, and besides, the flywheel time-machine could probably eat even a modest kerfuffle.

No, what stops her is that she's pretty sure that any attempts at dashing would end up being more awkward hobble than sprightly dash. It is frustratingly difficult to attempt derring-do without functional knees.

So she follows him. At least this way she can keep an eye on him.

"What about the - uh…" asks Leo, with a significant head nod towards the bomb.

"It's fine!" says Bina, who is holding out some hope that Mr. Dubois is running off old or outdated information. If he knows about the bomb…

Mr. Dubois calls out to the bearded man she'd seen Kendra arguing with earlier, and who Leo had called Jean-Pierre.

"Mr. Flourens?" calls out Dubois. "Is this everyone?" 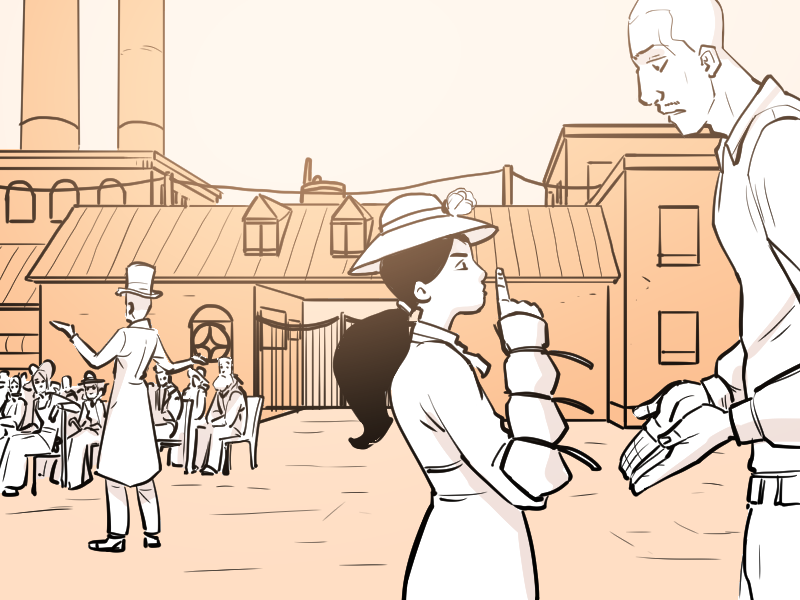 "And… a friend?" asks almost-certainly Jean-Pierre. "Forty eight people - Monseur, your wife, she was very precise about the number -"

"No need to worry Mr. Flourens, if need be, I will cover my own eyes."