"You do?" he asks, his brow creasing.

"We've met a few times," says Bina. Chronologically speaking they'd just met about a minute ago - but Bina decides that would be going into too much detail. "Professionally."

"Ah - of course, and also there is our mutual friend…" 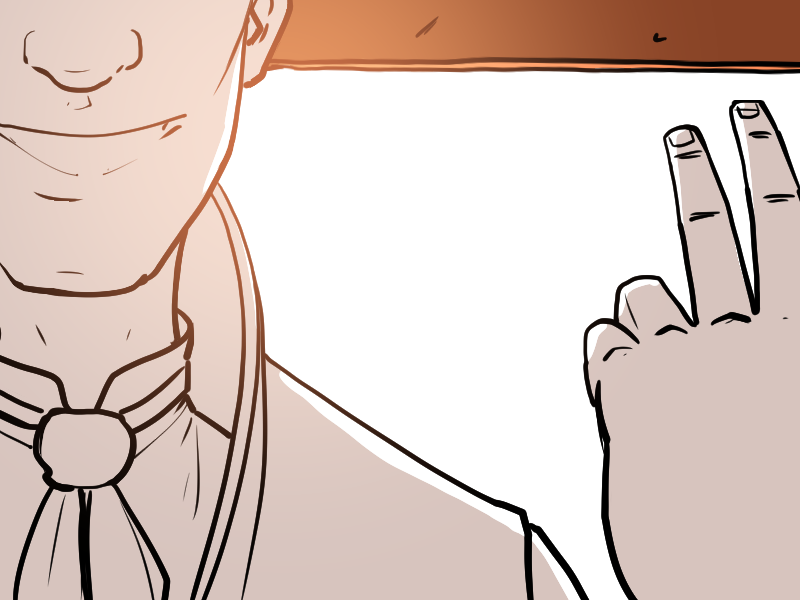 There's no point in denying it but the terminology grates on her. "I wouldn't call her that," says Bina.

"Come now," he says, admonishing. "We are about to do an experiment - a celebration of science! It would be too gauche to call her a goddess, on today of all days."

"You're right about that," says Bina.