She'd been going over and over the plan for subjective weeks, trying to figure out when and where the Botfly would interfere - and now she has.

It's a bit of a relief honestly.

With some effort, she steps out from behind the bomb, not for the last time wishing she hadn't left her cane. It would have been good here, distinguished, instead she leans on the railing and looks like a goof. 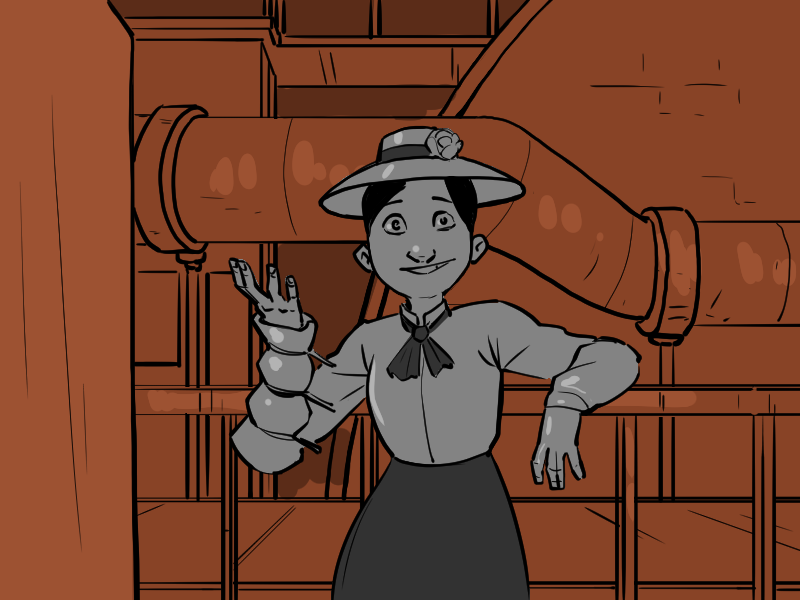 The important thing, she decides, is to get him talking.

"Mr. Dubois," she says. "I wish I could say it was a pleasure to finally meet you."