Primary Temporal Position: 0221
Reset Temporal Position
Bina hears another low groan of metal, and then a bright tinkley sound of glass breaking. A light-bulb? No, bigger, probably a window. She decides that this is an excellent place not to be in right now.

Beneath her feet, in the mud, sharp pebbles, broken pieces of re-bar, and other, less identifiable hazards lurk unseen.

brainfree:
Now would be a nice time to pick up speed… Carefully.

So the trick here is to go fast, yes…

Dregadude:
>Probably best not to proceed with too much haste though.

Bina slops her way messily forward. It looks like she's in tunnel, or hallway of some kind. The bricks look big, old, and solid. No matter how industrious Gregor has been digging, he can't have made this place with only a shovel and a pickaxe.

Petrovich had asked, "Why would an alien be building secret rooms under a laundromat?"

It's a good question.

Right now, whatever it is, it's choked with the guts of the laundromat.

Bina stands on her tip toes to edge past the disemboweled corpse of one of the water heaters. 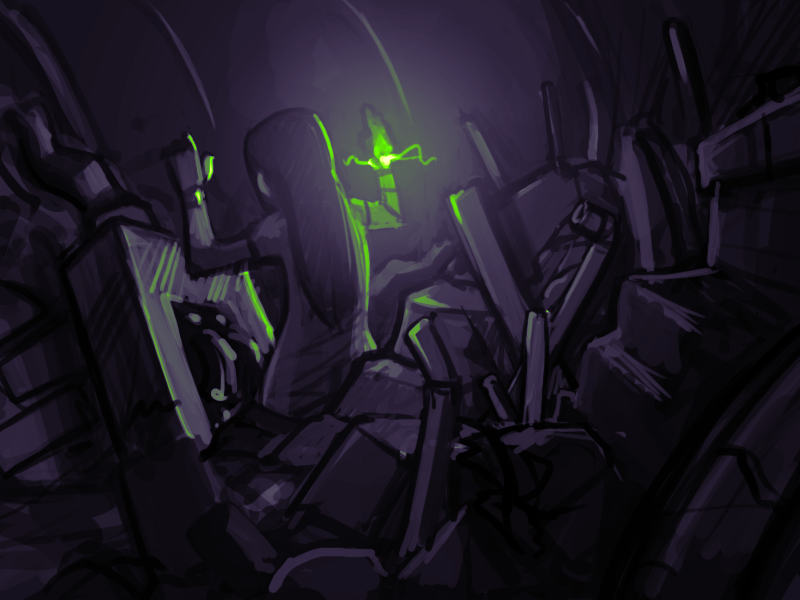 "Yes! Stop asking, I'm fine. I thought I saw… I don't know, I just feel a bit dizzy. Did that funny pink watch have an LED on it or something?"

Bina's not actually sure how far away she is from Kendra. The echoes in the tunnel are mucking with her sense of direction. The fact that its almost impossible to take two steps in a straight line, due to all the trash, isn't helping much either.