"Ah, don't tell me," says Mr. Dubois, raising the hastily applied tarp. "I don't have my wife's love of machinery, but I do love a good mystery!" 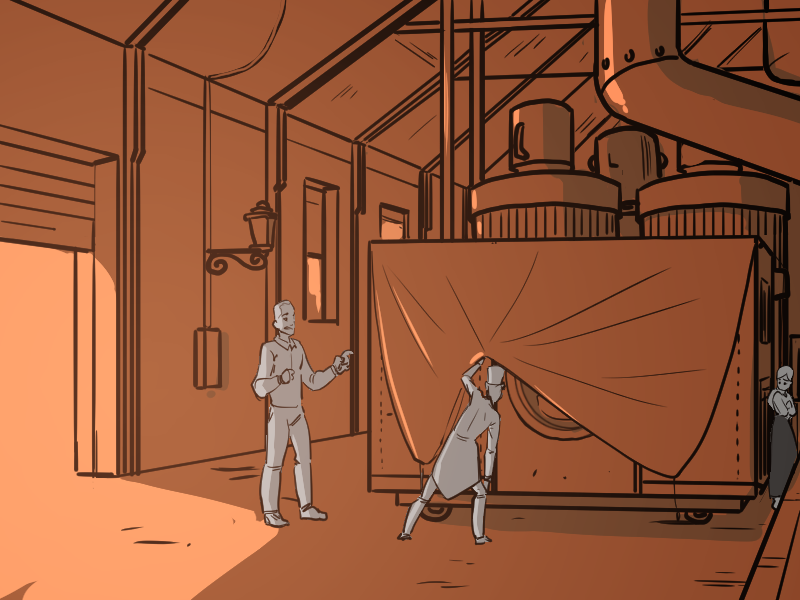 "Is it a purifying machine?" asks Mr. Dubois.

"No no, don't tell me, that would ruin the surprise."

Mr. Dubois inspects the device for several seconds while a bead of sweat trickles it's way down Leo's neck. It tickles, like someone tracing a line with a feather, but he doesn't dare brush it away. He feels like a rabbit staring down a fox, as though any movement might break the spell.

His boss peers at the machine and makes appreciative noises under his breath.