"She's not even supposed to come out this way!" says Bina. "Something must have gone wrong!" 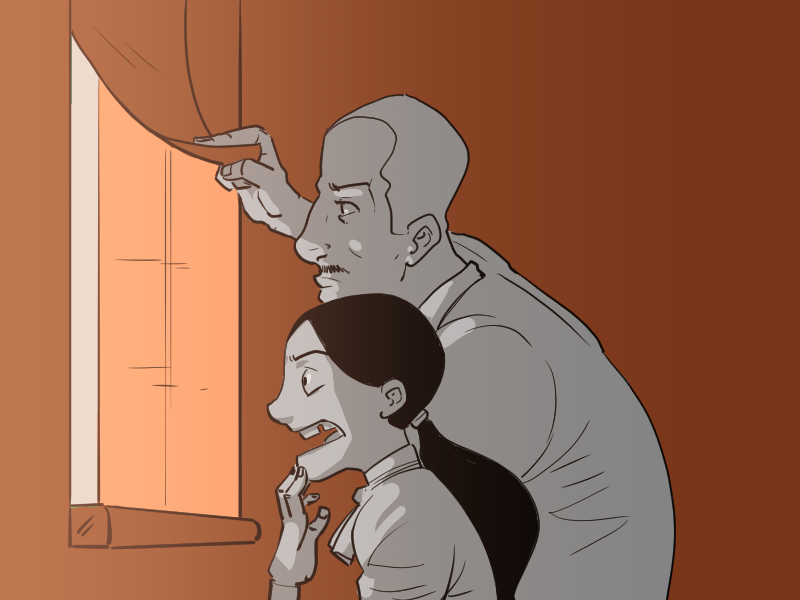 The tiny man with the clipboard is gesticulating angrily, and Kendra is trying to push past him.

"Yes!" says Bina. "I don't know why she didn't just go out the window, but she needs to be on the other side of that crowd!"

Because that's what it looks like she's trying to do. To head backwards through the gates, past the final crush of people, and out onto the street.

"Well," says Leo. "It's Mrs. Joe's experiment isn't it? She needs the right number of people to light up her lamp. She's been very precise about that."

I didn't make a big deal of it, but today is the sixth anniversary of this comic and, somehow, that happens to fall on the night that Game of Thrones finished?

The universe is weird.

Thank you, as always, for reading.