Primary Temporal Position: 2167
Reset Temporal Position
"Iiiii'm having a drink!" says Bina, holding up her thermos defensively. "Nothing like a good hot drink before you take part in experimental particle physics."

"Uh huh," says the large intimidating man in a tone that says he is not buying it. "With this thing?"

At first, she thinks he's talking about the thermos, and she has an uncomfortable few heartbeats while she tries to remember if the thermos has actually been invented yet.

Then he gestures at the bomb. 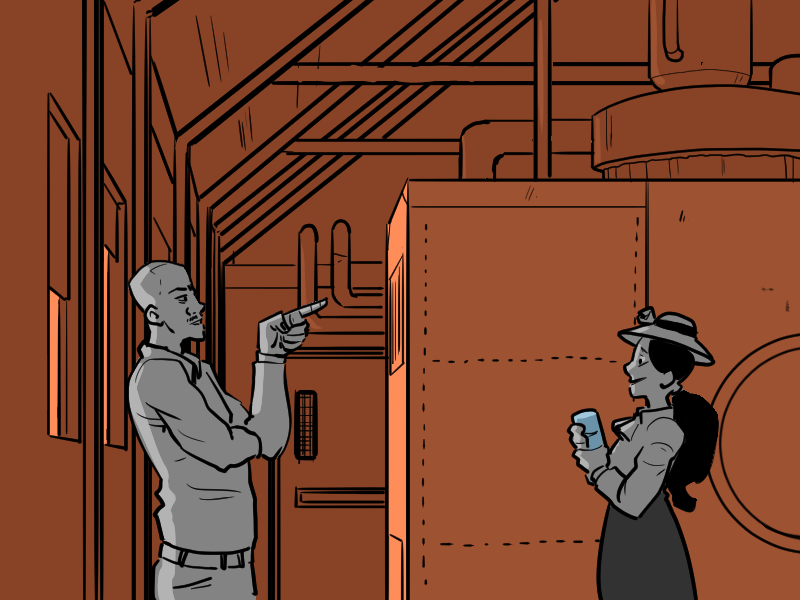 "How do you know?" asks Bina, not really hoping for an answer at this point, mostly just playing for time. "It coulda been."

"I know because I know this whole factory like the inside of my shoe," he says, and his tone isn't intentionally threatening, just sure in a way that is threatening by context. "I'd know if a coal scuttle was missing, or a pipe was replaced. I'd know because I work here - I belong here, and I'm pretty sure you, and your big metal box, don't."

The thermos had definitely been invented by this point - but they're Brand New Technology. : )