He says it in the tone of voice that implies a question. Is she allowed in the office? Who is she? What is she doing?

It's not quite suspicion, but it's the kind of thing that could metamorphose into suspicion very quickly - if she doesn't clip it's wings right away. She's dealt with this kind of statement before, often, on her job, and she knows how to deal with them.

"I know," she says, and smiles, packing as much certainty as she can into two short words. 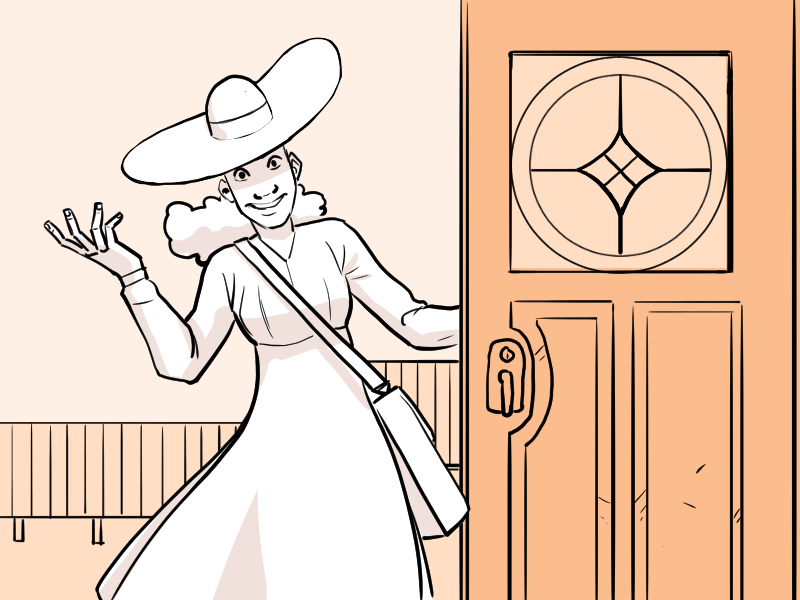 Then she goes inside, as though she has every right to do so.