Primary Temporal Position: 2164
Reset Temporal Position
"Thirty two, thirty three," says one of two men with clipboards who have set up on either side of the gate. "Move along! Come along Jean! Don't bung up the entrance."

"I'll get there eventually!"

"There's chairs inside, don't hurt yourself."

Kendra slips by the grumbling woman and the man with the clipboard as he count a steady stream of people as they pass under the stubby arch of the entrance-way. 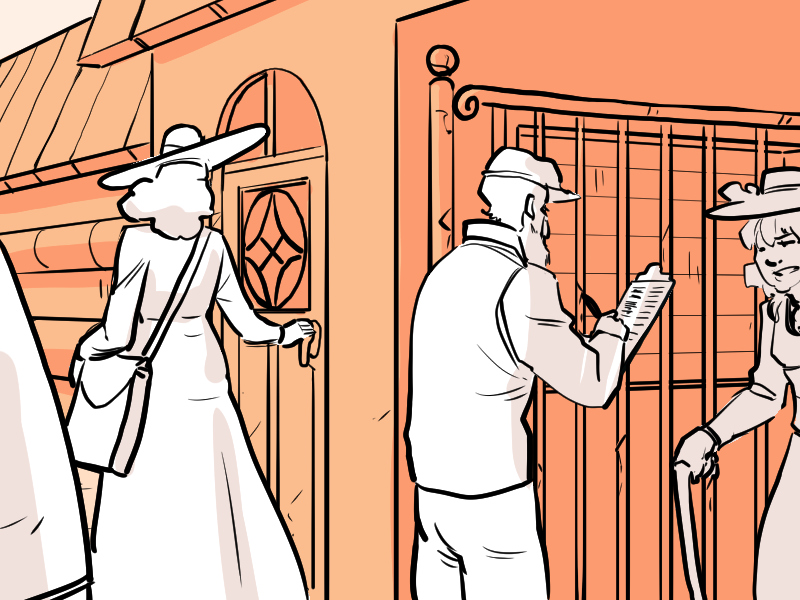 It's hard not to stare, but she manages it with some difficulty. These are people from the past, people who lived in a completely different time. A time without mass communications. A time when electricity was new and magical. A part of her wants to stop and watch them, like some kind of strange historical exhibit - but all these people are going to be dead in about ten minutes if she or Bina screws up.

Kendra endeavors not to screw up.