Primary Temporal Position: 2157
Reset Temporal Position
"Right next to the botfly?" whispers Kendra, after several moments of furious non-shouting. "You think that was a good idea? Anything could have happened!"

Bina has the perfect rejoinder to that comment right on the tip of her tongue, but she never gets to use it, because right at that moment several people carrying folding chairs step between. 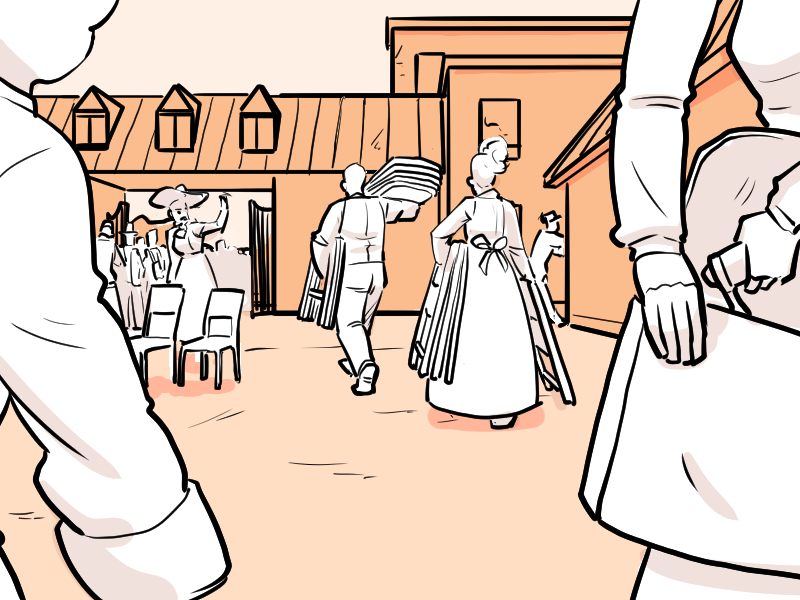 "We should go," says Kendra.

"Yes!" says Bina, who is pretty sure she recognized that guy. "Let's do that!"