"Kendra," says Bina. "We both know I'm doing at least two right now." She tries to gesture at the prone form of her younger self and nearly trips over her own skirt.

"I'm OK!" she lies, heart still racing from the adrenaline. She tries to order her inner ear to calm the heck down as the world decides to spin a little, and the ground to go all wobbly. "I - " 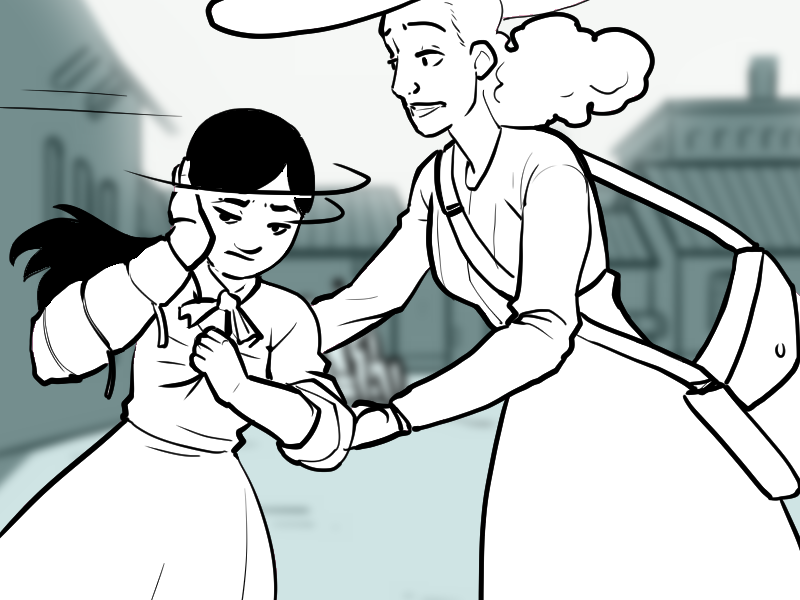 "Do not ask this!" says Petrovich, beside her. "Ask important thing - can you get us out? Away from the monster?"