Primary Temporal Position: 2114
Reset Temporal Position
He looks down, worried that he's missed something, that it's more than just a scratch and he's about to keel over gushing blood. He'd believe it. He's pretty sure he's in shock.

But there's nothing. He's fine.

He looks at Amie and she's not looking at him. 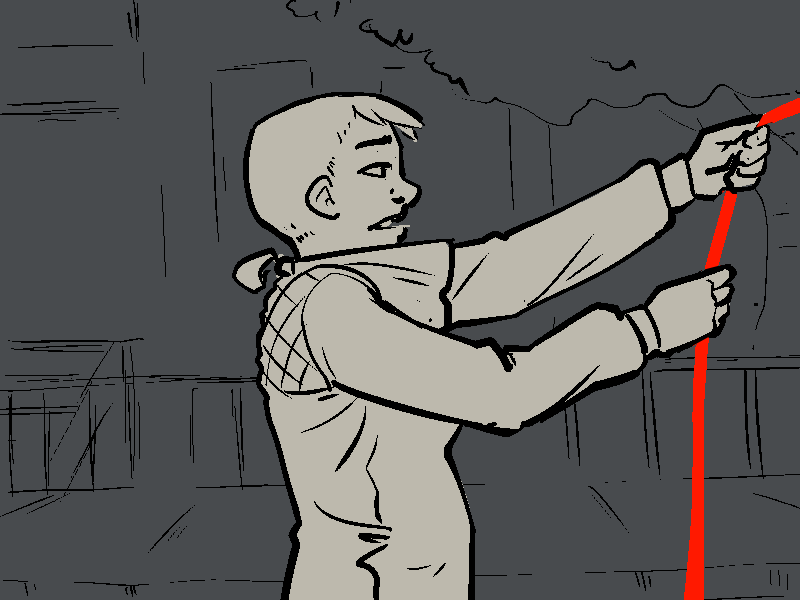 She's looking off, down the street.

"You've gotta be kidding me," she says.