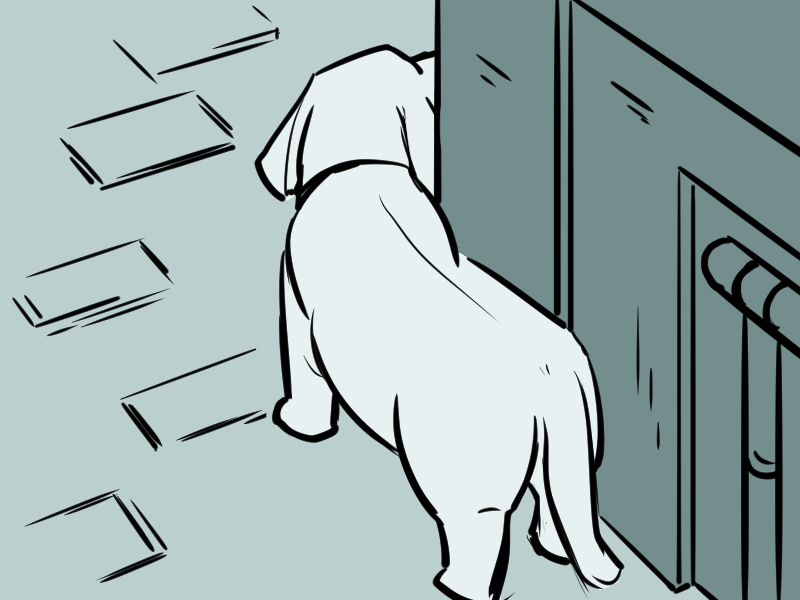 "Now don't go over there. You know that's old-you," says Bina. "Thing would get super awkward if you went over to say hello." Also the universe might snap in half, and they might turn into some super dog monster.

Piotyr whines a little, her tail thumping against Bina's calf once.

She clips the end of the lead that Emmie had given her to the clasp of Piotyr's collar. The little dog makes no protest, just stands there poking her nose around the edge of the bomb. Bina hope's she's OK with it, she still has no idea how intelligent this version of Piotyr actually is.

"Right!" says Bina, looping the end of the leash around her wrist and then rolling up her sleeve.