They move off, dropping bags to the ground, undoing zippers. "That was so cool!" says Amie, grinning, as she tucks the Moment away.

Kendra and Bina look at the wreckage.

"That nearly fell on our heads," says Kendra. 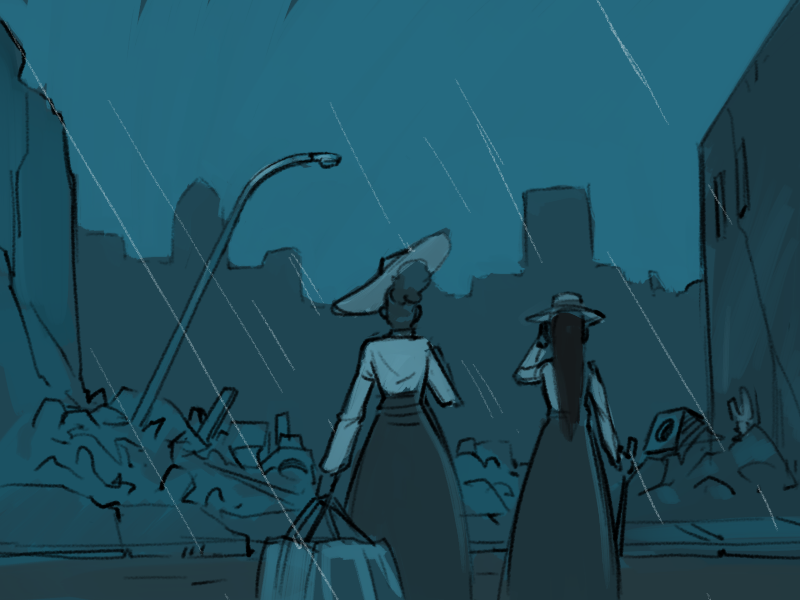 "There really isn't much left of it."

"That's what collapsing into a sinkhole does," says Bina. "Doesn't leave much evidence."