"One more thing," says Bina. "Or - two more things actually. Emmie - this is yours." 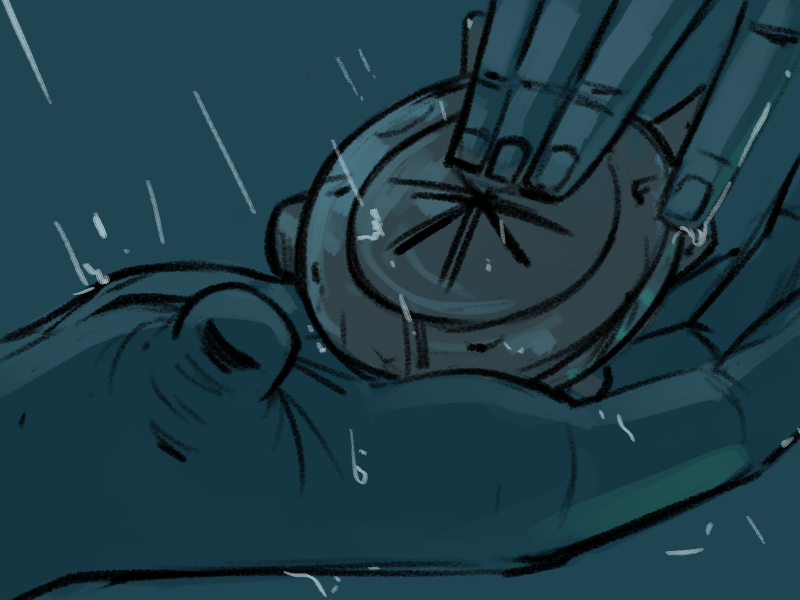 "Yeah," says Bina. "Not sure what will happen if the Botfly gets that, but it's probably bad, so carrying that around with me would not be my cleverest plan, considering where we're going."

The much abused pocket-watch makes a small but audible thump when it lands in Emmie's palm. He almost drops it. The watch feels bad, wrong somehow. Then, a moment later, it feels normal. Just a cold metal watch, damp with rain.

He looks in Bina's face, and she's looking right in his eyes. "You felt that?"

"It's been doing that," says Bina.

"You think she's turning in her sleep?" asks Emmie, not dropping the watch, though he's sorely tempted.

Emmie coughs, on purpose, breaking the moment of tension. "You realize that I'm the one who keeps getting grabbed by naughts, right?" says Emmie, taking the thing and wrapping it in a kleanex, puts it carefully into this pocket. "I'm probably the worst choice to hold onto this."