"Are you done with the pullies?" asks Amie.

"Kind of," says Kendra. "I mean - I've done what I can, but it's hard to design something based around using a literally magical rope."

"Scarf," corrects Bina, absentmindedly, as she runs through her checklist in her head. "Do we have everything? We're not coming back to the van, so if we leave something - that's it."

"Ah - I have something," says Emmie, digging in the bag until he comes up with a thin strip of nylon fabric with a loop at one end and a carabiner clip on the other. It takes Bina a second to recognize what it is. 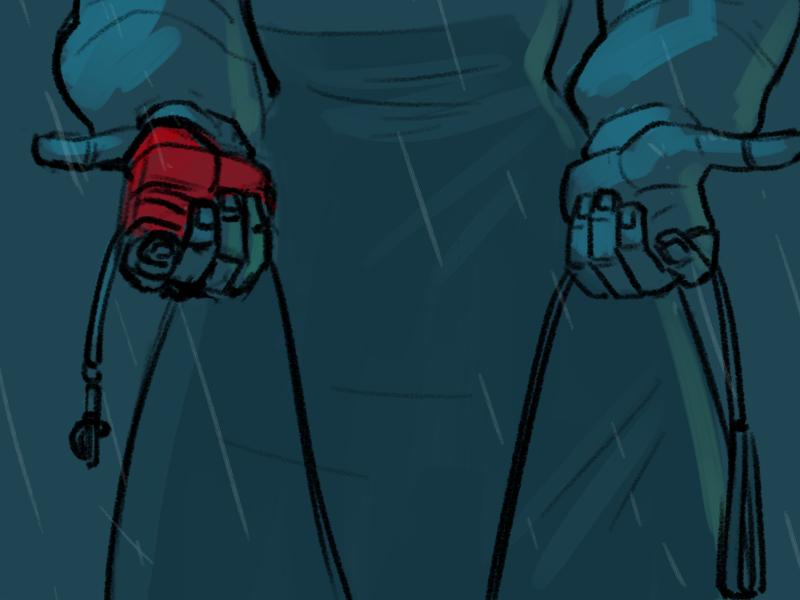 "For your brain dog," says Emmie. "I assume she'll show up when you're down there, and with everything that will be going on - well, you don't want to lose track of her."

"Thanks Emmie," says Bina, oddly touched. "This, yeah, this is a good idea."