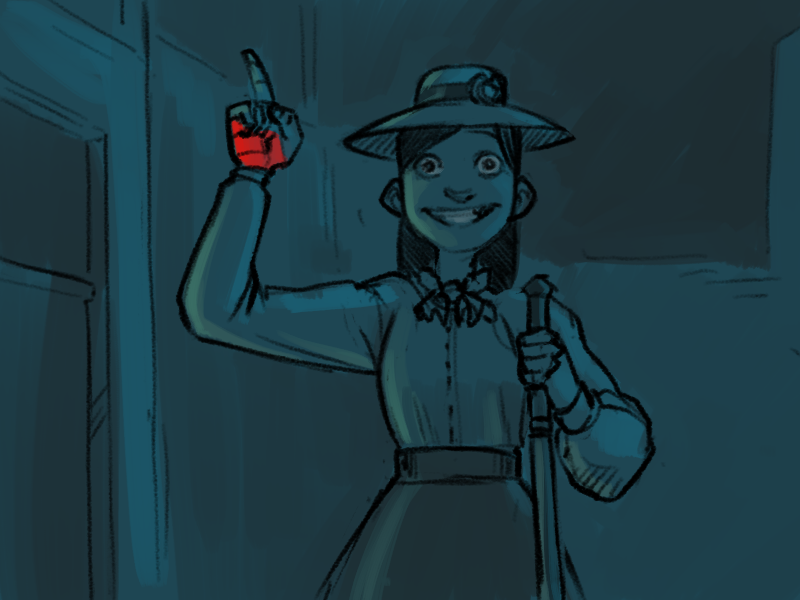 I thought this is probably as good a time as any to look at where we are, where we're going, and where we've been. We're on… yeesh, day 2058, and we're pretty close to finishing things off. I'm not going to say "We'll be done by the anniversary," because I've said that before, and I've been very wrong. That said, almost all the really complicated stuff is finished.

I've only managed this by basically shutting down interactivity. It stings, because you all have good ideas, and I've been so tempted to take some of the ones that you've posted, but I've held off, and I'm going to have to keep holding off. Interactivity is pretty much done.

I've held off because most of the really good suggestions would expand the scope again, and I have been really aggressive in preventing myself from doing that. This 'change of plans' plot-line that has everyone wondering what is going on isn't an example of that happening, I've been planning this one for, gosh, at least three years now.

So we're getting real close to the end. Like, really close. I realized it when I was doing the 'lots of words' posts in early December. That kind of post let me jump things forward by, about two or three months in just over a week. Words are very efficient. I have to keep that in mind.

We don't have a ton of story left here.

It's a weird feeling. For most of it's run, I've felt sort of laden down with the weight of all the other time-lines. I knew we'd have to at least touch-base with all the other Bina's, and now we've done that, and… I mean there's not that much left to do.

There's still things left to do, don't get me wrong, but compared to 'You need to come up with nine other time-lines and iterations on your protagonist,' it's relatively uncomplicated. Admittedly, almost everything is less complicated than that, so it isn't saying much.

That said, I need to remind you that this is Calvinball, one very long game of Calvinball, and Calvinball endings are frustrating. An ending should feel surprising, exciting, and inevitable, and I don't think you can hit all three of those while playing Calvinball. Not neatly or cleanly at least.

I've been worrying about this for years, ever since I wrote those articles about Calvinball, and I came to the conclusion that probably the best thing I could do in terms of legacy would be to leave this story without an ending. An unwritten ending cannot disappoint. This is how a lot of people solve this problem.

But I made myself that damned promise, back on the first day, and it's the one I haven't broken. I made a promise to myself, and to all of you, repeatedly.

So I spent a long time trying to figure out if I could cheat somehow, if I could beat the odds, gather up all the threads, and make everything line of up neatly. I tried that, for a while, but it, honestly, made me miserable and stressed out - because I couldn't do it. I just couldn't get there.

So now, as we start, finally, approaching the proper ending, I have adopted a different approach:

I'm going to have fun with it.

In short, I've decided to end this project by enjoying myself rather than stressing out.

So that's what you should expect, an ending, coming soon - definitely fun, maybe a little silly, but not necessarily neat or particularly clean.

Thank you, as always, for coming on this journey with me.