Primary Temporal Position: 2034
Reset Temporal Position
"That'll be… $338.85," says Marie, staring at the calculator app on her phone. The lights had not come back on again, and she's increasingly unsure whether she should even still be in the store.

There should be some regulation, right? Against working in the dark?

"Ouch," says her tall customer at the price. "I didn't realize they were so much."

They'd managed to find an outfit for the smaller one that, in Marie's opinion, looked fine. It was hard to go bad with a costume so simple, though she doesn't think the rather drab and severe look of the long skirt and blouse combo really fits with the silver headed cane, but who is she to disagree with a paying customer?

"I know, but still," says the tall one, whose name, she thinks, is Kendra.

Marie just smiles at them, this she can deal with. There is always someone who complains about the price. The store doesn't sell cheap Halloween costumes. People come in and buy a complete eight piece pirate costume with belt, vest and sword and expect it to cost as much as something that comes in a clear plastic bag off a peg in a dollar-store.

"We can easily pay for it," says Bina. "And, like I said, it's not like we'll have time to spend it on anything else." Then she reaches into her pants and pulls out a frankly enormous stack of cash.

It's ridiculous, like something from a movie, and if she weren't still weirded out by these two, she might question whether the money was real. It looks real enough though, when the little Indian woman counts out ten one-hundred dollar bills onto the counter and says, "Keep the change."

That just spikes the level of scared she's been feeling all day up into the roof. These two are definitely doing something illegal. "I don't - I can't - it's-" 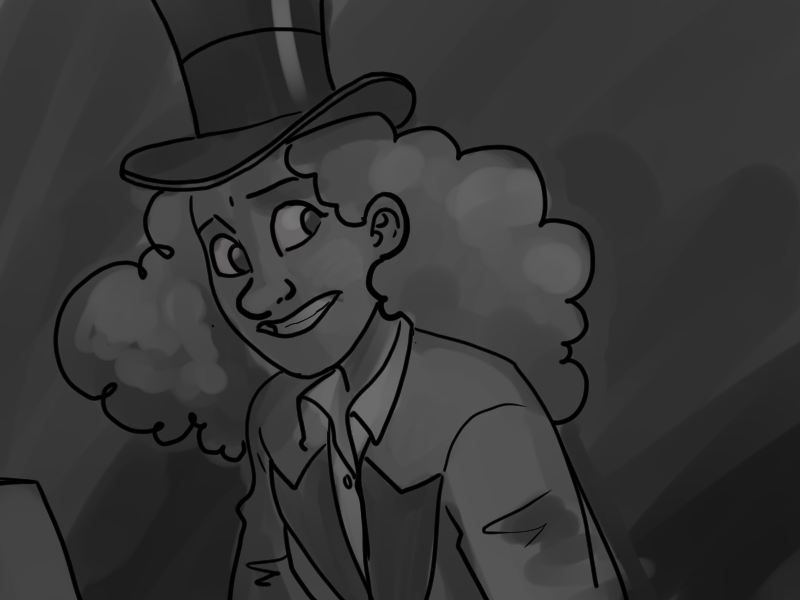 "You totally can," says Bina. "And you should go home."

"Yeah," agrees Kendra, picking up their bags full of two costumes that should pass, at least for a little while, as the kind of clothes that women in the 1910's would wear. "This is not a safe place to be today."

Then, they leave, the little bell over the door tinkling as they go.

Marie stares down at the over 650$ tip she was just handed and weighs her options. Moments later she's outside, locking the front door. The street outside looks relatively normal, save for the dark traffic-lights and closed store-fronts, but there are still people walking and talking, and going in and out of the few businesses that are still open.

Marie doesn't care. Whatever is going on, she wants nothing to do with it. Considering the situation, she feels totally justified closing the shop up as quick as she can, then splurging on a taxi to take her home.

From across the street, Bina and Kendra watch her wave down a tired looking cab-driver and get in. Moments later, the cab, and the girl are gone, and the costume shop stands empty and dark.