Nothing is ever flipping easy. Of course the other Amie won't come with them.

"We could use the Not-Yet," whispers Kendra, not sounding particularly enthusiastic about the idea. "It sounds like the big one is alone out there. If we zap it, we can run and get her somewhere safe."

"That's too dangerous!" whispers Emmie. "They're so fast, and that one is huge. It could break you in half, without even noticing. Maybe if she hid under the bed? Or in the closet?"

"Are you serious?!" hisses older Amie. "They're going to come in here eventually and you want her to play Scoobie-Do!?"

"You don't know that! We have weird powers too!"

"You have a weird power," says Emmie. "Maybe, but she hasn't seen the Botfly. She's just a regular person."

Amie-Five, while looking quite terrified, manages to look rather upset at being called a regular person.

Austin Cote Williams:
You know, why not have an Amie in the life raft too?

"I have a better idea," says Kendra, tossing the Not-Yet to a surprised Emmie. He catches it, awkwardly, with his elbows. "Socks off! Now!"

The lego piece! Of course! It's not ideal, but Amie won't come with them when they leave, and if the alternative is leaving her for the naughts, then sticking her in the lego makes the most sense.

Bina fumbles in her pockets before realizing that the lego piece, their life raft is in the pocket of her pink coat.

Her pink coat that is currently hanging in the closet. She'd taken it off because she was starting to sweat in the warm apartment.

Bina takes two steps towards the closet and stops, a cold chill slithering down her spine. There's something wrong with the light. 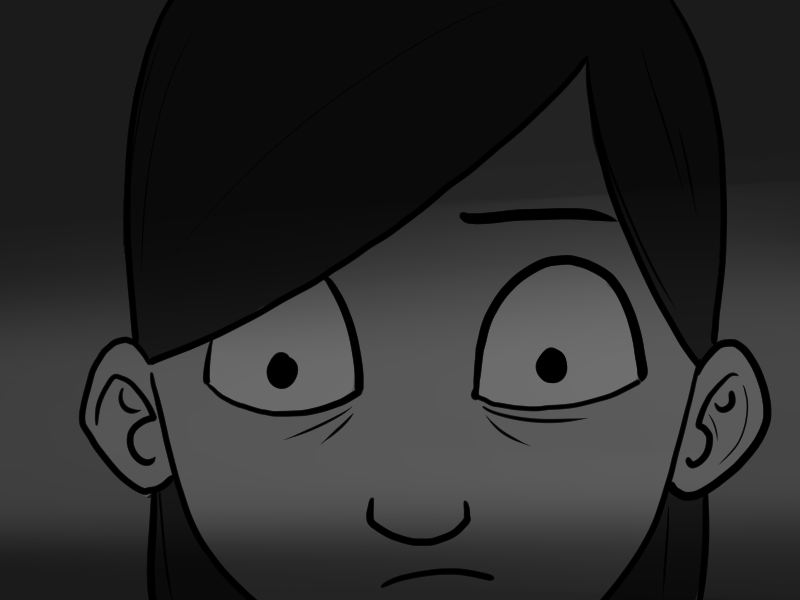 From outside, not in the hall, but from the direction of the window, she hears people shouting, indistinct and distant, from outside, probably at street level. "What the hell is that!?"