Primary Temporal Position: 2021
Reset Temporal Position
The unlight of Twelve's exit fades, and, as the unseen damage to the time-line begins to slip away, the chill in the hallway slowly loses it's grip.

Down at the end of the hall, a door cracks open, and the familiar if not particularly welcome face of their neighbor appears, glowering at her.

She knows she should get up and go back inside right away, but for a few minutes, she just sits there, staring at the wall.

She understands Twelve, of course she does, they're only a few weeks removed from being the exact same person. There's an attraction to the idea that this is, in some way, all her fault. That she fucked this up somehow.

It's tempting in the same way that tonging the hole where her tooth used to be is tempting, even though that makes it hurt again. Believing she fucked everything up is familiar territory. A familiar ratty old blanket she can never figure out how to throw away.

The alternative is that there really is some kind of hostile unknowable thing out there, and that's scary. That's scary enough that Bina has a hard time even thinking about it, flinching away from those thoughts and, instead, focusing hard on what's in front of her. The next thing to run towards, or away from.

If this whole situation is her fault, she can fix it.

If the Botfly is really a god, they could do everything right, and it still wouldn't matter.

Her fingers find the side of her knee, the place where Emmie and Kendra's sister had lanced the swelling there. Her flesh there skin feels soft, and slightly warm in a way it hadn't earlier today when she'd checked it. The bandages feel a little damp too, she hopes it's just sweat, and she hasn't opened one of the cuts again. Emmie says they will heal eventually, but -

"Mrs. Pak!" she calls out, rubbing her knee.

A few seconds pass, then Mrs. Pak appears again at her door.

"If you hear yelling - or fighting? Don't come out," says Bina, thinking of naughts.

Mrs. Pak stares at her. 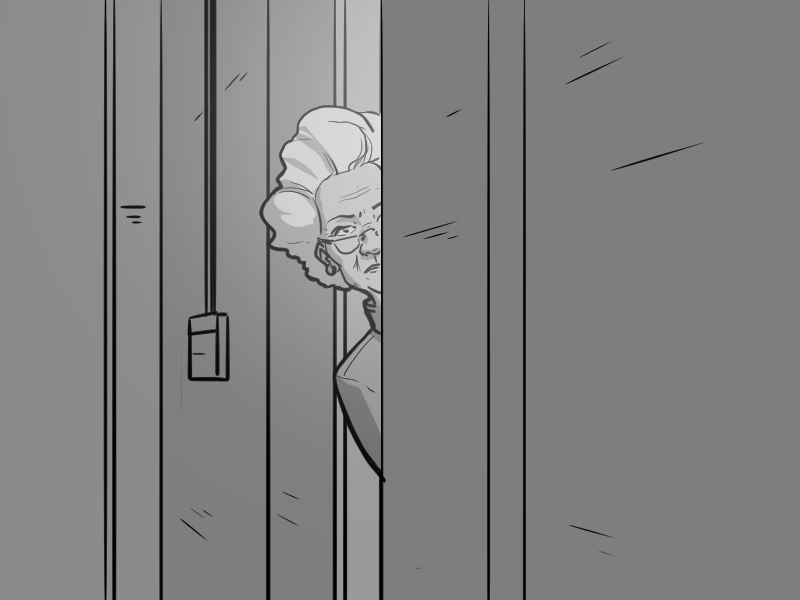 Bina remembers that she has nieces or maybe grand-daughters, Bina doesn't know how old she is. They come by after school sometimes, for a few hours, presumably before their parents get home. Skinny little girls with scabbed knees, bobbed black hair, and the kind of high excited voices only available to children under the age of nine.

"Not the kind you're thinking of," says Bina. "But yeah."

In her time-line, Mrs. Pak was probably interviewed by the Department of Phenominology when they searched Bina's apartment. She'd have hated that.

Mrs. Pak stares at her, then nods. "OK," she says, then closes the door again. She does not suggest calling the police.

Bina sighs, and gets up, leaning on the wall for support before grabbing her cane and heading back inside.