"I don't think it was a waste of time," says Amie-Five, arms folded.

"Of course you don't!" says Twelve, throwing her hands in the air.

"We needed to be sure we wouldn't destroy the universe," says Bina, sighing and sitting down at the kitchen table. "That should never be considered a waste of time."

"Ugh! I bet she planned this!"

Three, who is leaning against the heater sighs and says, "I didn't, not that you're going to believe me."

"Of course I don't believe you!" says Twelve. "You stalked yourself using time travel spying. You have used up any benefit of the doubt that anyone could ever give you."

"For your protection," says Three. "I was trying to make sure that everyone was ok!"

"Does she look protected!?" asks Twelve, pointing at Bina, her finger quivering.

Bina tries not to look like something that a particularly poor-sighted cat dragged home and manages only a passable attempt.

Three leans back, and breaths out, pursing her lips so her cheeks puff up like an angry cat. "Yes," she says. "It's different. She is the last loop, she is all of our last chances. If I quantum locked her into failure, like I did everyone else - then we're fucked. We're all completely fucked."

They would be, Bina can picture it. The timelines cascade down into the dark. Six had described the descent as a stone skipping down a cliff, but from another perspective, it's more like a ladder.

A rope ladder descended into a well. Each repetition of the loop a run lower. Lower and lower each time, the fabric of the fibers fraying more and more each time until her loop.

Hovering just above the waters of the void. Low enough, perhaps, that a cold green hand could reach out of those waters and grasp the rung. Strong enough, even in their decay, to support the Botfly's weight as it climbed it's way up the energy valences of reality towards the real prize.

The prize that is tomorrow.

And all the tomorrow's after that.

"And I didn't exactly have an easy time of it!" Twelve is saying, as Bina begins to pay attention to the conversation again. "In the drying vat? Or when I was hanging from the walkway? You could have done something!"

"Oh, like you'd have done something if I had!"

"I might have!" says Three. "But it doesn't matter what I say, does it? You think I'm the Botfly."

"I think 'The Botfly' is a convenient fiction! A big glowing head you can wiggle around to make everyone ignore the girl behind the curtain."

Twelve looks at everyone in exasperation. "She built a universe people! You think… some smoke and mirrors is beyond her when she could do that!?"

Everyone stops and thinks about that for a second. Without conscious thought, Bina's hand touches the cold lump of the Moment, concealed inside her shirt.

"Cut out a section of the universe," says Amie-Five, making Amie-Thirteen sigh. "I mean - right? That's how she made the Moment?"

"Retrieved a section of the universe," says Three, waving a hand. "They're all over the place if you know where to look. I mean - not down here, too much entropy, but in my loop? Even in Four's…"

"Ah…" says Bina, a question she'd been wondering about clicking into place. "That's where you got it from. The Moment is debris from the initial impact, right? A fragment of the real timeline, the living timeline, not something chipped off Today as it skipped down the wall."

"Wait - that's what you think I'm doing here?" asks Three. "You think this is some kind of… what? What do you even think this is? Assuming you're right, which you're not, what am I even doing with all of this? It's incredibly complicated and - I mean - you know we hate time travel! Why would I ever! Play? With time travel!?"

"You're not playing with time travel, you're playing with us. This is the game, right now. I bet you can leave Today whenever you want. You're doing this to us because you want to."

Three stares at her, really looks at her for perhaps the first time since they'd gotten to the apartment. Her mouth is open, slightly, too stunned to shut it.

"You think I'm torturing you," says Three, sounding almost awestruck at the idea. "Torturing us, torturing myself." She says this last with both hands pointing to her chest. "Whaaaaat the fuck? Seriously?"

"It wouldn't be the first time," says Twelve. "Tell me this doesn't feel very familiar."

And Bina knows what she means. This, right now, this argument, is incredibly familiar. An anxiety spiral, externalized. The familiar hot feeling of shame, of being observed while she is literally falling to pieces, all of them shouting and blaming each other.

For a second, she wishes, intensely, that Amie and Emmie were somewhere else, that this weird private masturbatory self-squabble were playing out in isolation. She feels this, but only for a second, then she's desperately glad they're there.

"I'm going to go," says Three, pushing off of the radiator. "I've heard enough. I'm not indulging this anymore."

"Like hell you are," says Twelve, grabbing her by the arm. 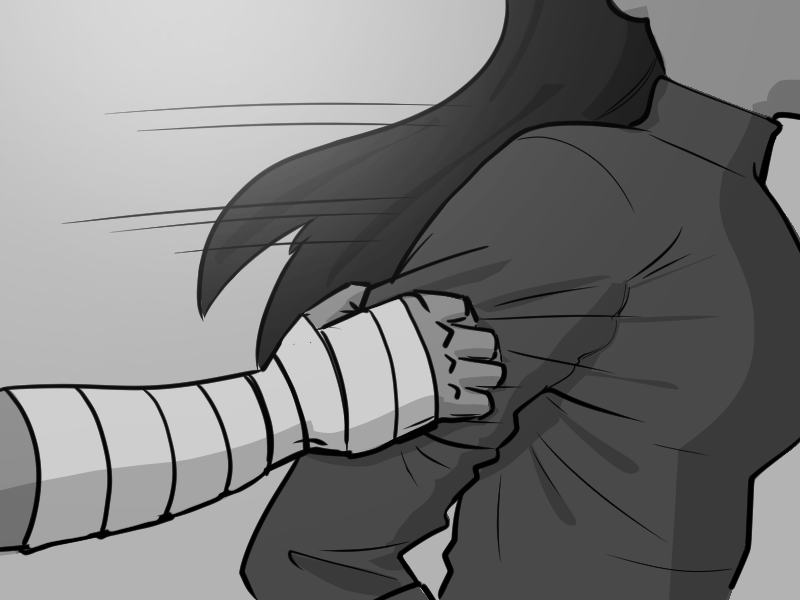