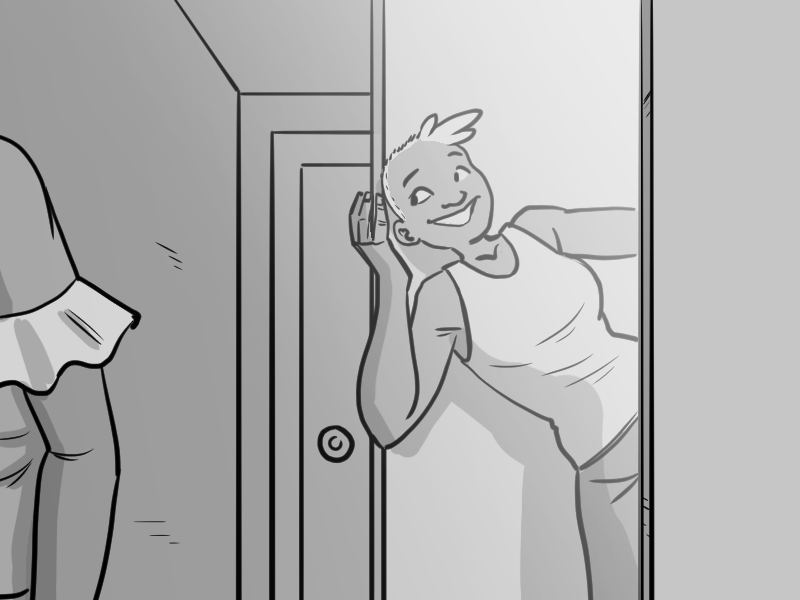 Twelve trudges out, looking a bit strained, and heads for the kitchen where she pours herself a glass of water.

"Me next," says Bina, nodding to Three. "You're probably going to be the longest and most complicated."

"Come on in!" says younger Amie, enthusiasm undaunted by almost 40 minutes of listening to Twelve. "Tell me everything!"