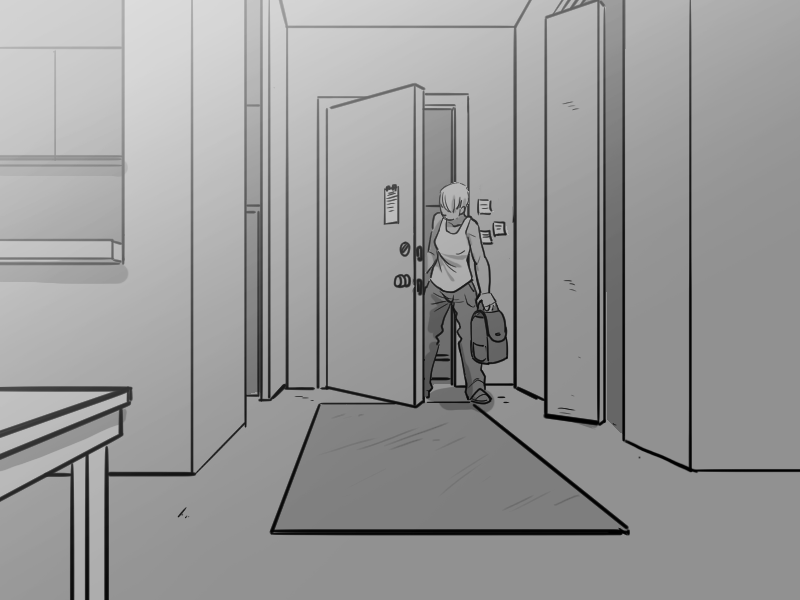 There is a feel to her invective that sounds like it's been going on for some time. It's been almost half an hour since she got a text telling her that there was a leak at her apartment, and she needed to come as soon as possible.

As she steps inside the apartment she looks around. "Well," she says. "It doesn't look that bad. I don't… see anything at all. It better not be in my bedroom. Bina? You here?"