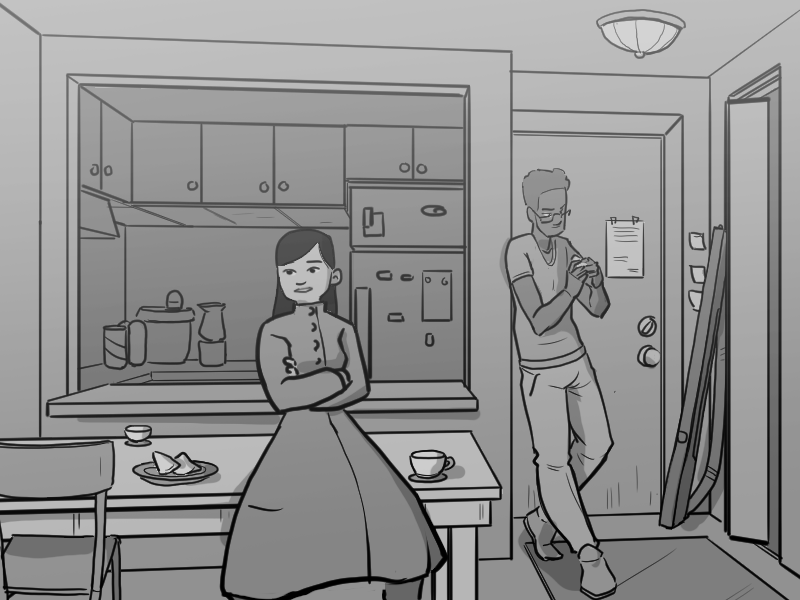 "Stopping her," says Three, pointing at Twelve. "She was going to muck everything up."

"Bullshit!" says Twelve. "I'm here to stop you from hurting Five because you're the Green Lady!"

"Uggh," sighs Three. "This time travel crap. This is why I tried to stop all of you from mucking around in other time-loops. It makes everything so messy."

"Tell me I'm wrong!" says Twelve. "Look me in the eye and tell me you weren't here to kill Five."

"I don't believe you," says Twelve, with no hesitation.

"There'd be no point in even doing that!" says Three. Then, realizing that this is probably not the best way to convince people she's not, at least, considered it, she adds "Aside from the whole murder angle! Which is bad!"

"I still don't believe you!"

"You see what I'm dealing with?" asks Three, gesturing to the others for support.