"No," says Three, running a gloved hand down her face as though trying to scrub away the last few minutes. "No - I - we're done."

"We should get out of here," says Amie, tentatively, unsure whether saying something might break the fragile peace. "There's still a naught."

"I got it!" says Bina, struggling more than she'd like to admit. 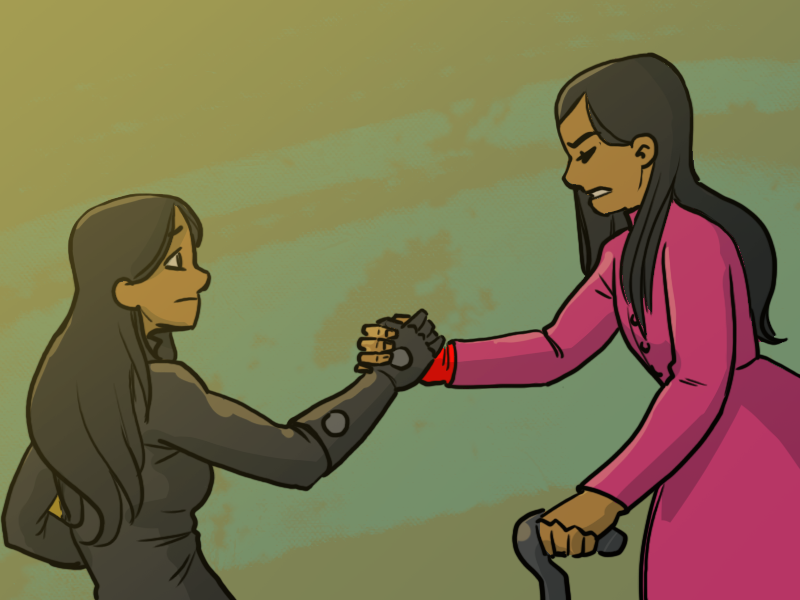 "Yeesh, what happened to you?" asks Three, taking in Bina clearly for the first time.