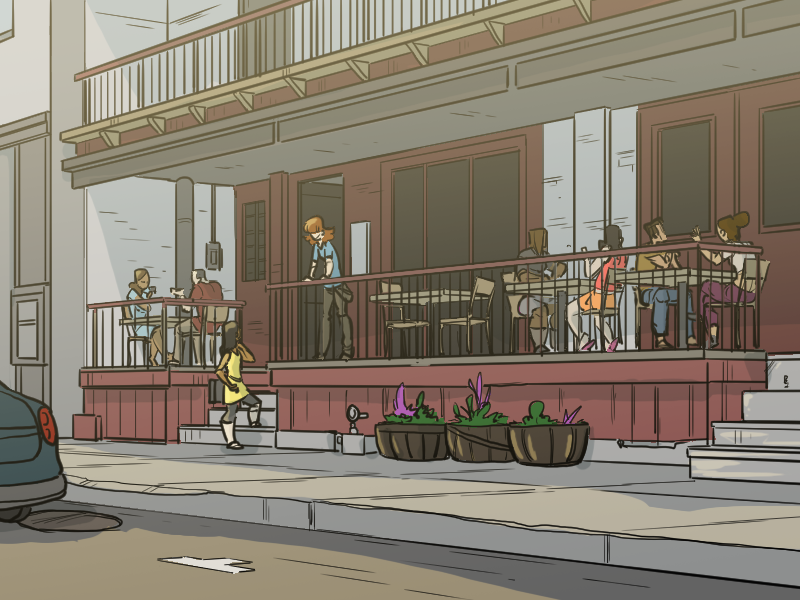 "Who's she talking too?" asks Kendra.

"Linette," says Twelve. "She works at the cafe too."

"Jeeze, I haven't thought about Linette in years," says Three, struggling out of Twelve's grip as the three Bina's look at the person they probably should be. "I liked her," she says. "I think."