"She dropped a naught on me!" 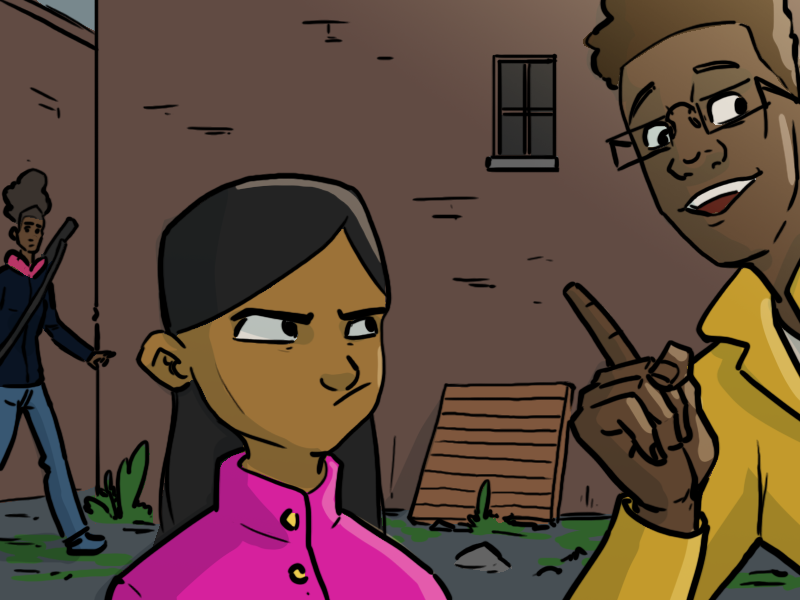 "That was an accident!" says Bina. "And not helping Emmie!|

"If any of you try get in my way from preventing her from becoming the Green Lady I'll-" says Twelve, but Three cuts in.

"What?" says Three, sounding properly angry now. "I've been fighting the Green Lady you ninny! For years! This entire thing has been to prevent her from winning!"

"Why don't we talk about this -" starts Amie, but Bina cuts her off.

"Will everyone just stop for one second and-"

Which is, of course, when Twelve tackles Three to the ground and the two of them go down in a tumble of knees, elbows and pulled hair.