I wouldn't worry about your uncle, Bina. Somehow I don't think he has the best taste in clothes, especially clothes for ladies under the age of 30. I like your flower story glove; the embroidery design is pretty. Did you make it yourself?

It is pretty! But it's also maybe not real.

I'm just wearing it this time to stop the worms from getting out.

Lacemaker:
Also, just out of curiosity, what is Piotyr eating?

They're made out of beets, and maybe tires. I dunno.

She'll eat pretty much anything if you let her. She's going to get super fat!

xooxu:
>Are those … flies in the flowers?
Dregadude:
Yeah, it's a maggot growing in the corpse of a day.

Oh it's not a maggot any more. It was a maggot a long time ago. When the factory was still a factory.

But things grow up. 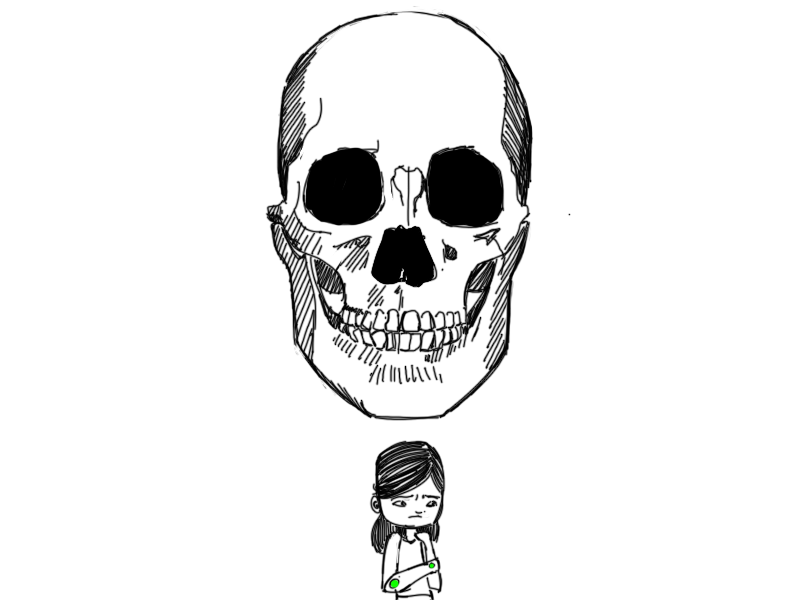 Anyway, I can't draw what it really looks like 'cause it keeps changing. So I drew a botfly.

That's not right either, but its less wrong then other things.

TecnoToad:
>how are you today bina?

I've been walking a long time, and I didn't sleep much.

Last night we were in London. Except because of time-zones, everyone in England thought it was the afternoon.

It was just supposed to be for half an hour but then it wasn't 'cause they said that something was wrong with the plane and they had to get a new one.

I tried to sleep on the chairs while Mom and Dad argued with the airline guy. 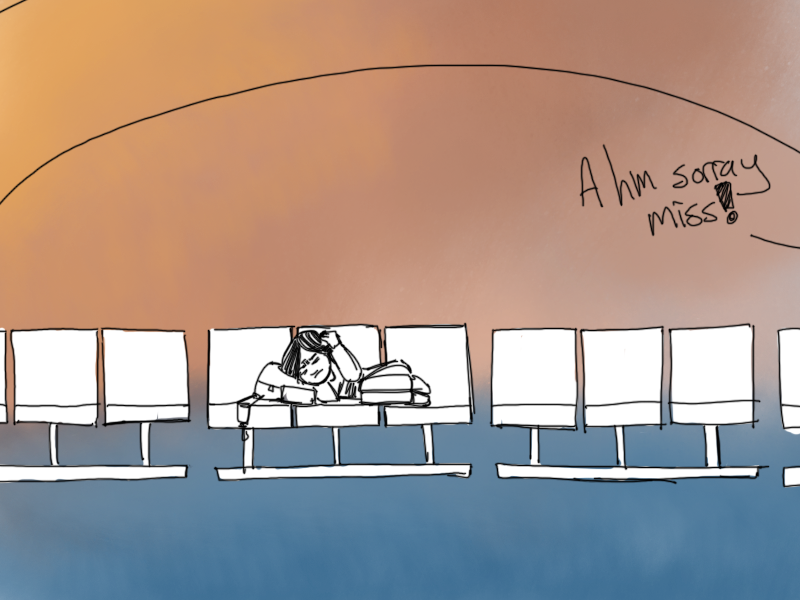 Mom kept crying and asking if we could get another flight, or reroute to Paris, or something, please, anything!

But he just kept shaking his head and saying 'Ahm sorray miss! Ahm sorry! There's no more flights going to Mumbai until t'morrow! There's nottin' we can dew!'

We missed all our other flights as well.

I encourage you all too google botflies… but only if you're in need of an emergency emetic.