"You mean I was the only one who saw where she went and I was being eaten by a naught!?" asks Amie, clearly a little proud of this fact. "She went this way, through the fence here."

There is a small gap, where the wire fence had been cut, and the tarp lacing had been undone.
"I don't see her anywhere," says Amie, stepping through the gap onto the sidewalk and looking around. 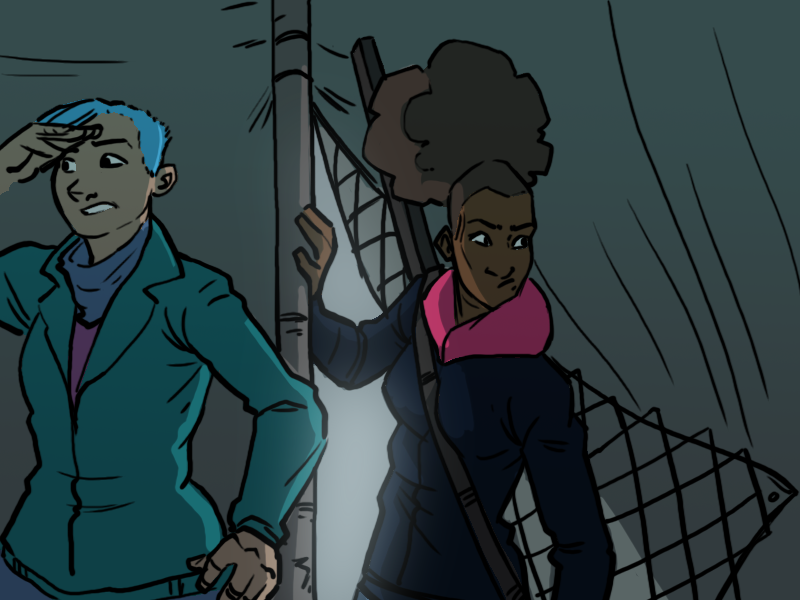 "Good idea!" says Kendra. "If Twelve is here for anything, it's to protect Five. Where would she be? Would she be in class by now?"

"No, all my classes finish early on Wednesdays. She'll be at work!" says Bina. "That's got to be it. I have a shift on Wednesday, early. If I didn't get involved in all this, I'd have just gone to school and about now, I'd be on my way to the restaurant!"

"Then that's where Twelve's headed."