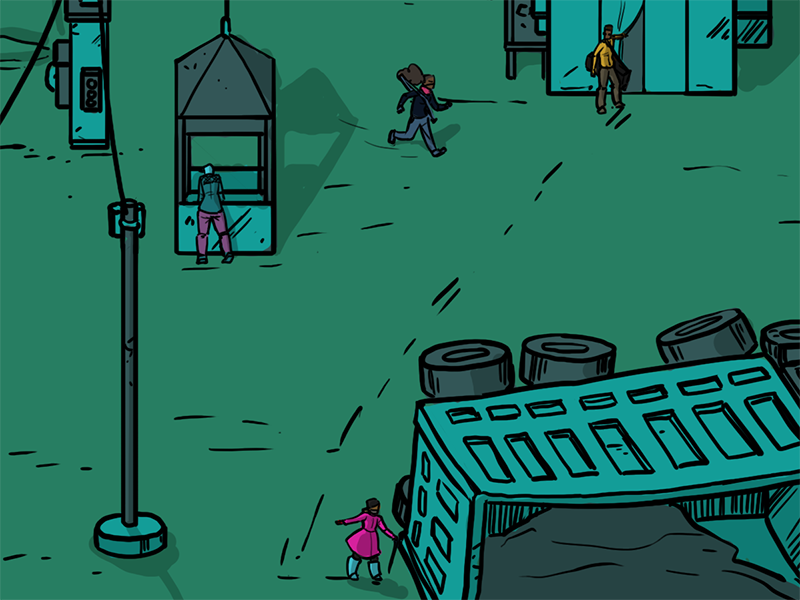 "I mean - this whole thing, the phenomenon watsit-"

"The Department of Phenomenology," says Kendra. "What about them?"

"Don't you think it's - I mean, Elizabeth thought they were just a bunch of mooks, right? A dead end department they put people whose careers aren't going anywhere - but then it turns out that no, they're actually a spooky secret branch of the government that's just been keeping a field agent in the dark about all this… this!?"

"So, what, you think that Elizabeth somehow wi-" begins Kendra, but Bina shushes her.

"Shh! I thought I heard something," says Bina. "Behind the truck."

"I am being careful, someone check the tents. I don't want to stay here any longer than we have too."