Primary Temporal Position: 1959
Reset Temporal Position
"This still sucks," whispers Bina, while negotiating a particularly dusty section of floor full of sharp pipes and shifting piles of rubble. "But it's so much less awful than the mud." 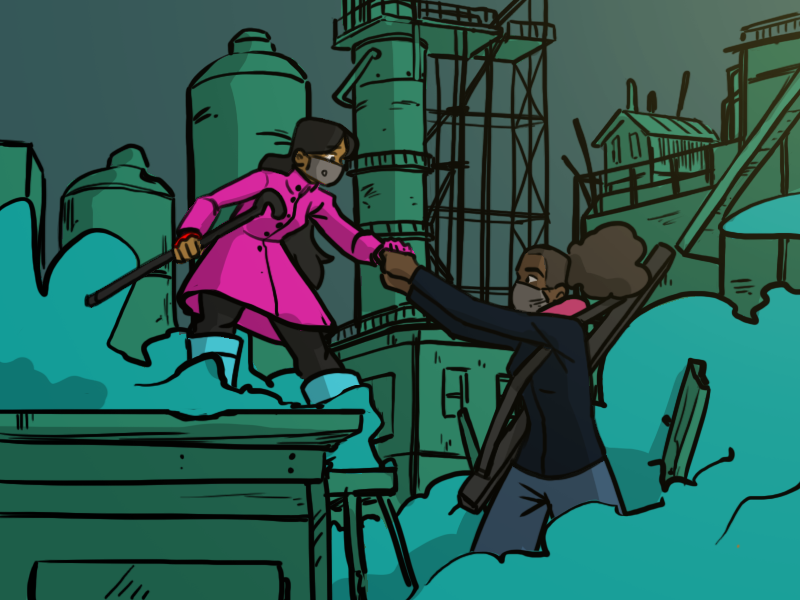 "Nothing is more awful than the mud," says Kendra.

"I didn't either," says Emmie, poking ahead of him with his stick to test the flooring. "But I'm good. Based on their descriptions of it, it isn't really something I feel like I missed out on."

"I mean - it's this whole bonding experience thing," says Amie. "It's not something I want to experience exactly but like - I feel like I kinda cheated by skipping it."

"Imagine trying to run from monsters - but you're up to your thighs in a Slurpee machine made of sugary dead people."

"It's worse than it sounds," says Kendra.