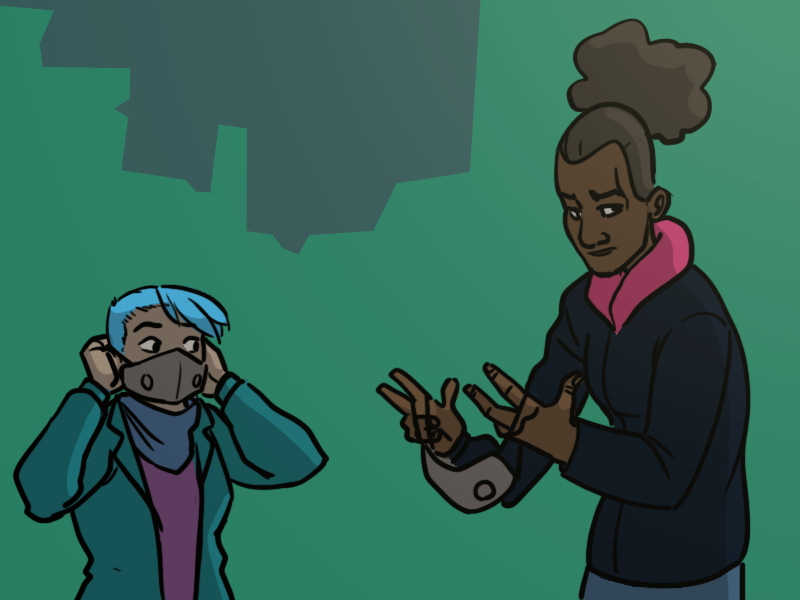 "I know these were my idea, but the dust doesn't seem so bad here," says Kendra.

She'd not had a great time while retrieving Eight, so we'd brought some particle masks from Eight's moment.

"It's colder," says Amie, adjusting the straps. "And damper - but I'm still wearing mine! I don't wanna breath in any dead people."

They're both right, the air is chilly, much colder than the other loops, and the dust doesn't seem as inclined to float around as it has before. Despite that, the dry, rotten, burned barbecue smell still lingers, heavy on the air.

"Too late for that," says Emmie with a cough. "So where do we look for Twelve?"