Primary Temporal Position: 1935
Reset Temporal Position
Kendra was the one who came up with an idea of adding something to the Wall. The one in Mrs. Hyung's office. That's seen by all of the Bina's, and would affect everything going forwards.

That would cause an extremely powerful multidimensional paradox. 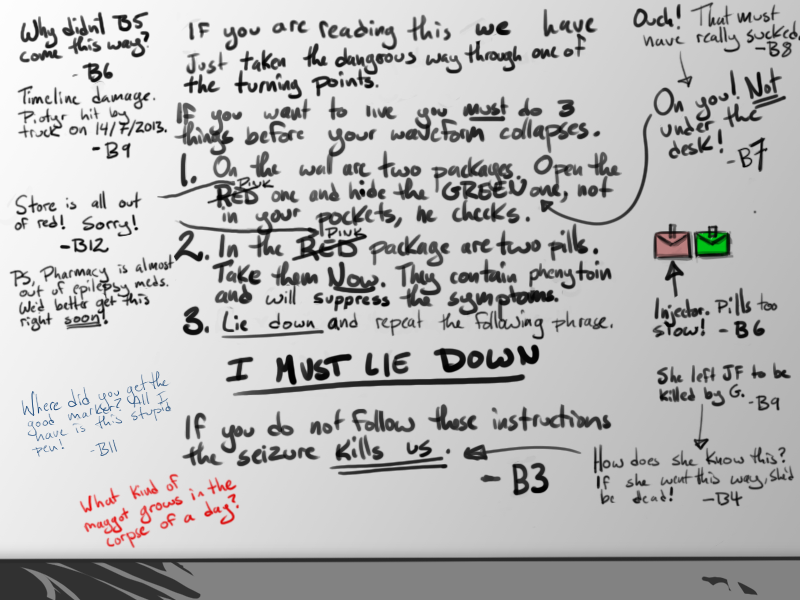 I put the kibosh on this plan. Neither the Flyswatter or the Fuzzball needed that much power, and the Bomb uses the paradox of it's own self annihilation as it's power source, so it was fine.

As much as something powered by literally the impossibility of it's own existence can ever be considered 'fine'.

I told everyone we needed something smaller.