The Flyswatter is more destruction-ey, but even it doesn't actually go "boom".

We think, the Botfly that exists in the 1911 Moment, isn't the whole thing. It's like - a tendril, or an egg, or a claw, hooked into our world, but not fully emerged yet. That's what it's doing, what it's using our perception for, it's becoming more real, pulling more of itself through with every eyeball it steals.

But the Botfly isn't all the way through yet, and in terms of universal energy valences, the bit of our universe it's managed to find a foothold in is well below all the loops of this Day. 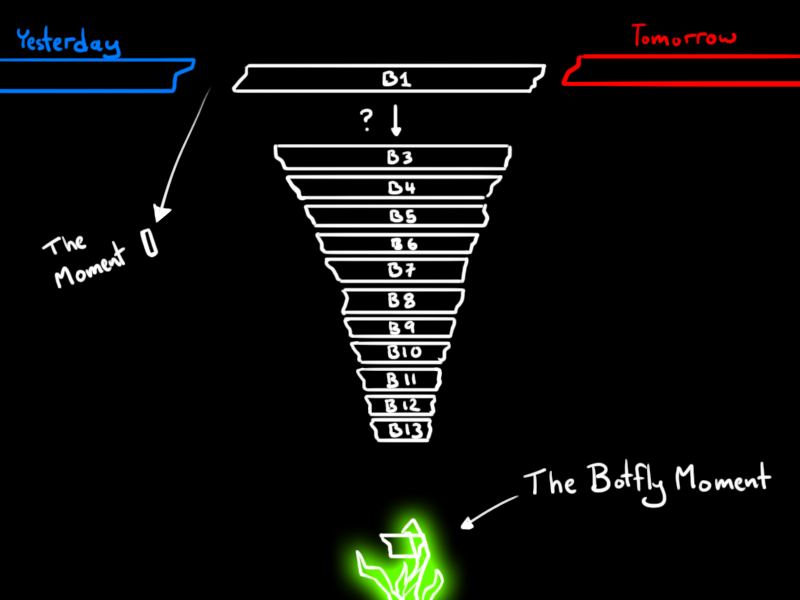 The Flyswatter, as Ten designed it, is a big heavy boot, and we use it to stomp on the Botfly's fingers - 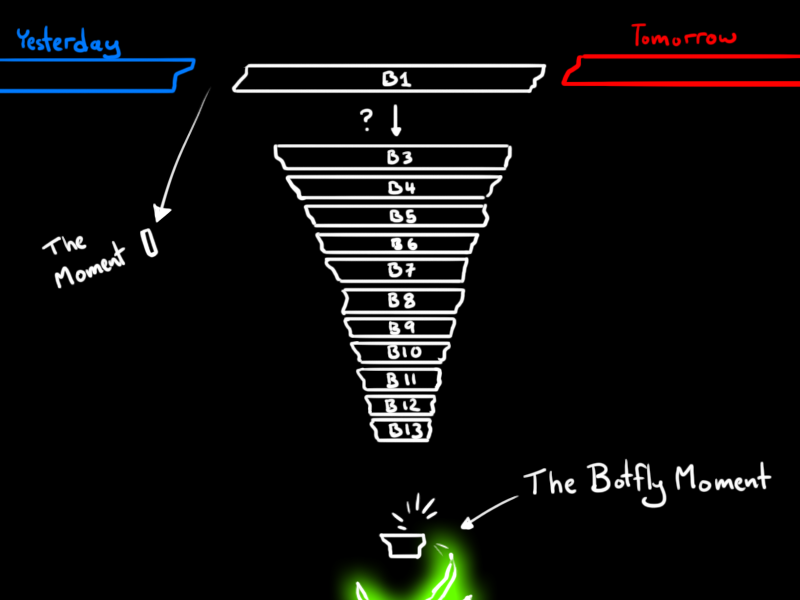 - and make her lose her grip.