Primary Temporal Position: 1910
Reset Temporal Position
See - Nine had come to get Eight in order to try to recruit her to help with her plan to kidnap Gregor. She'd tried it in her time-line and it went super bad so she wanted to try it again, but this time - with additional Bina-shaped backup.

It's not like she could try again on her own. 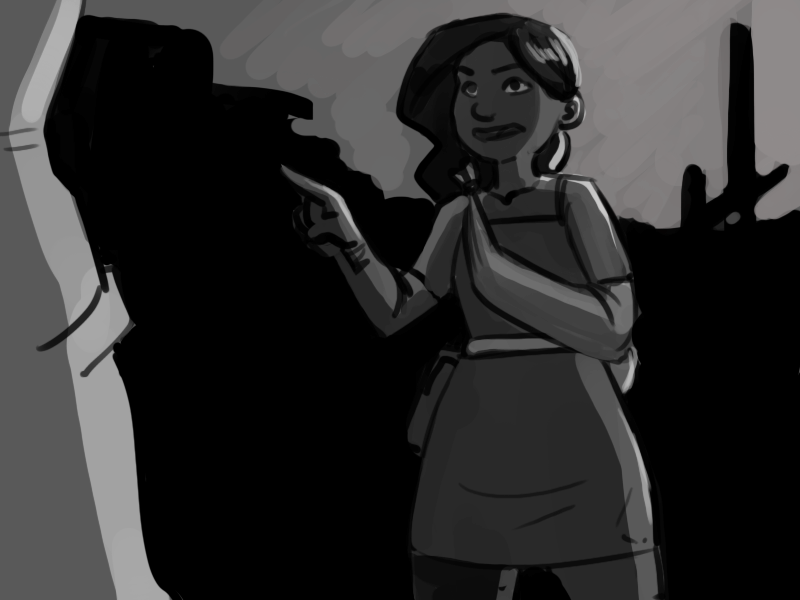 I still win the Most Damaged Bina category, but Gregor broke her arm pretty bad.

Of course, by the time Nine ran into Eight, Kendra had already found her and was bringing her to yours truly in my delightful musical banana truck. She'd done this by interrupting Eight's weapons test, which had been going terribly, but she insists was going well.

This got further complicated by the fact that for the first fifteen minutes or so, Eight thought Nine was me, and got really pissed off that my whole grand plan was centered entirely around kidnapping Gregor and trying to wring answers out of him.

Kendra could have set them both straight, but that would have required her to be able to get a word in edgewise.

The whole situation was, I understand, something of a farce.

And that was before the naughts showed up.