The slithery dragging footsteps above then stop.

OK. Ok. First the wire goes INTO the lock, then you bend it sideways.

Then you pull it out of the lock and insert it at an angle. This is the fiddly part. There's these sorta grooves you have to -

Lacemaker:
Huh. Now I wonder where that green glow was coming from…

Brilliant neon light streams down the staircase, a hazy wave of lime green. 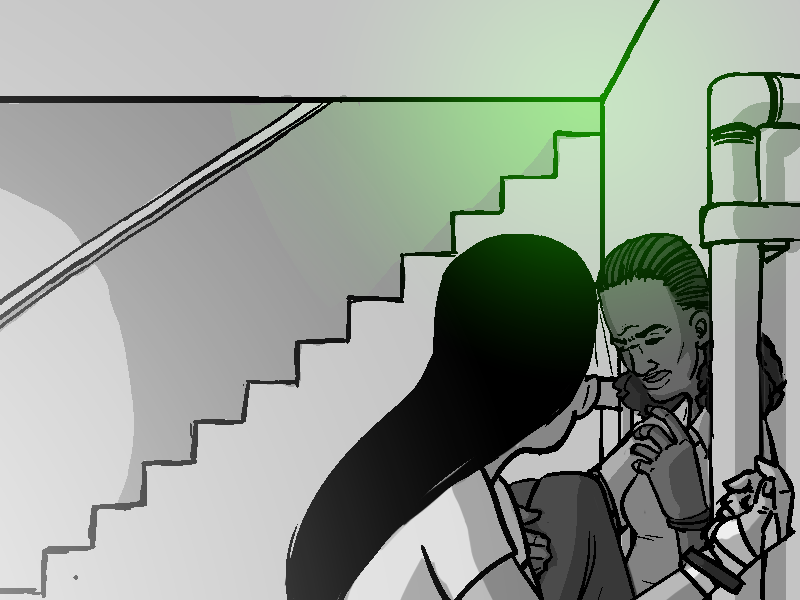 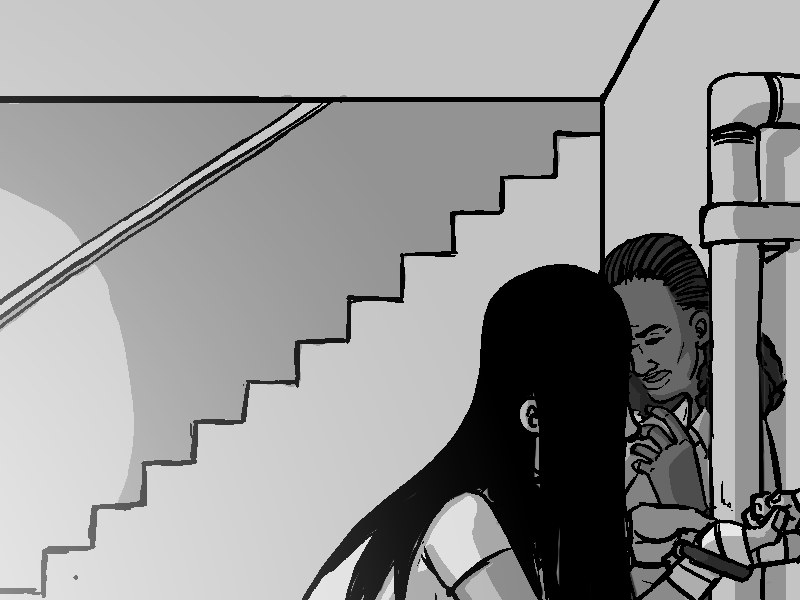 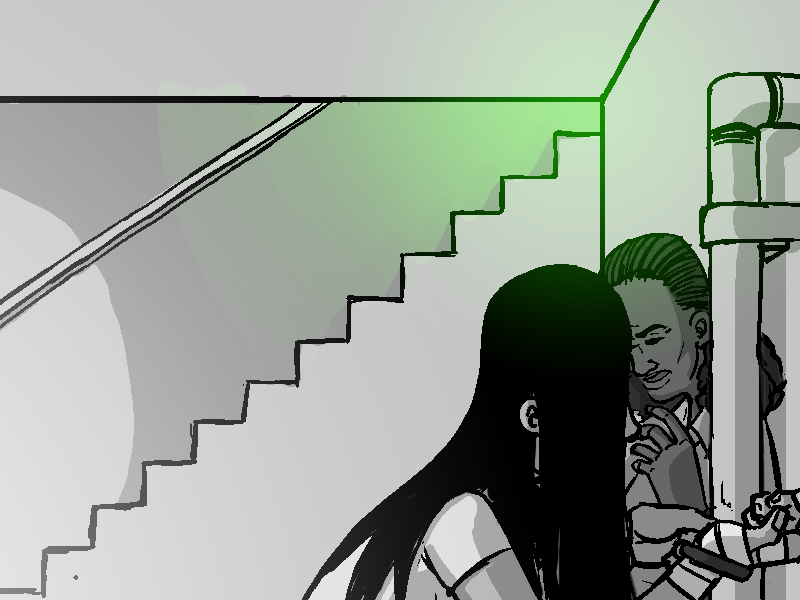 Trying to ignore her own heartbeat, slamming against the inside of her chest, a trapped bird against a windowpane.

Trying to ignore her INCREDIBLE need to pee.

Come ON! You can't build a complicated lock this SMALL.

The light… the way it appears and disappears… it's like someone waving a flash-light around.

tegerioreo:
Pull hand out of cuff so you can hold it more steadily for picking.

Man, a loony-toons style adventure would be awesome.

TecnoToad:
finally caught up with this just holy frick this is great ok

In other news, I am increasingly annoyed by the limitations of the animated gif.