Primary Temporal Position: 1899
Reset Temporal Position
Finding Eight hadn't been easy. Like Seven, she was down in the Factory - but unlike our more well muscled self, she had a whole LOT of naughts to deal with. Kendra found her while she was stress testing her new weapon.

It was reinforced so it could take a beating, and it was designed to send anything you poke with it about two minutes into the future. This gets them out of your hair, but it does still require a considerable amount of running, because it turns out that two minutes actually isn't that much time when you're running from monsters. 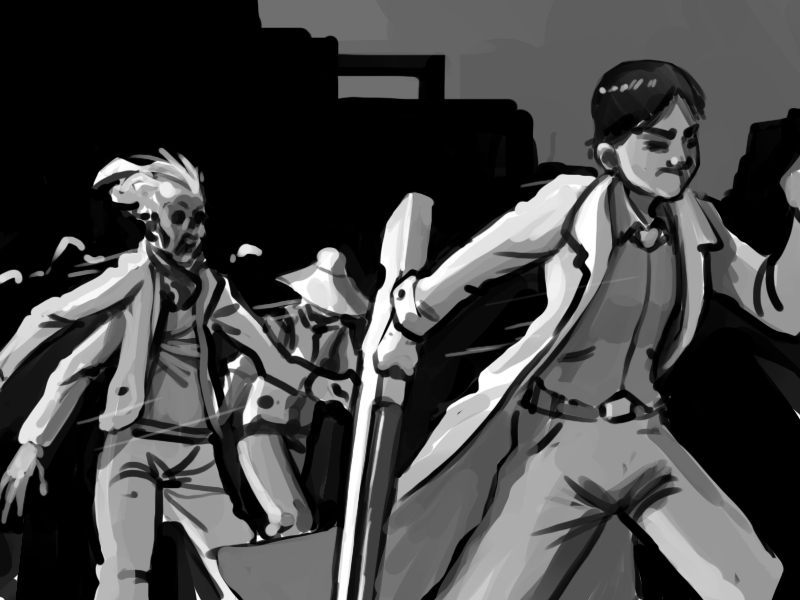 And run she did - Eight was very worried about Gregor getting hold of her Moment - so she never took it with her while she was out and about. She always hid it somewhere, and came back for it later.

This is one of those things that sounds reasonable, until you think about it.

I think she was just doing it for the thrill. Jumping without a net…